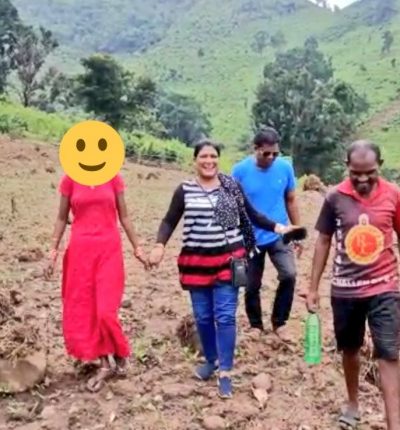 Rayagada: After rescuing an allegedly kidnapped minor girl from Maoist dominated area in deep forest of Odisha’s Rayagada district, police came to know that she was an adult and had fled with her boyfriend.

According to sources, the parents of the girl had filed a complaint at Bisam Katak police station stating that their 16-year-old daughter was missing on October 7. After registering a case, ASI Rosalin Nayak started investigation. The ASI out the girl’s phone under tracking and could know its location in Biramaha village under Kotgad police limits.

Nayak along with a police team went to Biramha and enquired about the girl from the villagers. On being informed that the girl and a boy, identified as Pata Majhi of the village, had gone to a hill for farming work, the police team left for the spot.

After trekking through dense forest for around 15 km in the Maoist affected area near the border of Kandhamal district, the police reached the hilltop. On finding the girl there, they brought her to Bisam Katak police station.

During questioning, the girl claimed that she was not a minor. As per the Matriculation certificate, produced by her to the polce, her age was above 18 years.

She also revealed to the police that she was in love with Pata Majhi for some time and they wanted to get married. Due to fear of reprimand from her family, she had not revealed their relation to them and left the house with him.

The police recorded the statement of the girl in presence of a magistrate and held a discussion with the families of both boy and girl. After they agreed to get the young couple married, the police released the girl.

The higher police officers have appreciated the daring act of the ASI for rescuing the girl from a Maoist affected at the risk of her life.

2.20 Crore In Odisha Link Voter ID With Aadhaar, CEO Urges Others To Link