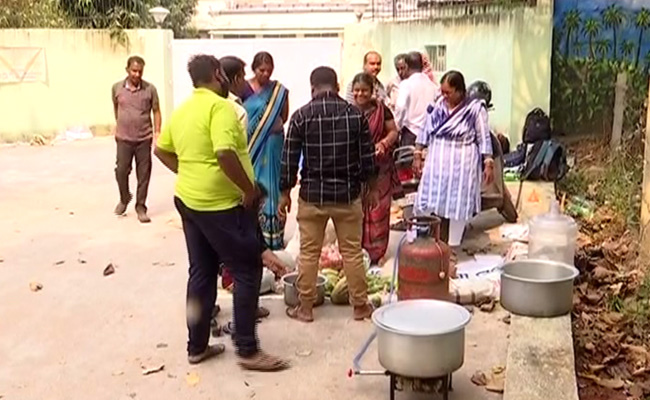 Bhubaneswar: A group of kidney patients continued their protest in front of Odisha Health Minister Naba Das’ residence in Bhubaneswar for third day on Wednesday after their discussion with Health secretary failed to yield any result.

As per reports, the patients have been demanding free medicine prescribed by their consulting doctors for the treatment. But the government hospitals are not providing those medicines.

They had taken up the matter in their first meeting with Minister Das but he reportedly did not concede to their demand and instead, told them to take the medicines prescribed by the government doctors. “He asked us to continue with the same medicines and inform him in case of any adverse effect,” said a protester to local media.

The protesters alleged that the the government doctors were prescribing blacklisted medicines. Already 25 persons have lost their lives and 18 persons complained that their condition was not improving after consuming those medicines. “We asked the Minister to launch a probe into the incident which has been pending since 2021 but he sought seven days to initiate the probe,” they said.

It is pertinent to mention here that the patients have been sitting on dharna in front of the Minister’s house since Monday. They had also blocked Raj Bhavan-AG Square road in Bhubaneswar on Tuesday to press their demand.

The protesters said they would continue their agitation till their demand is fulfilled.