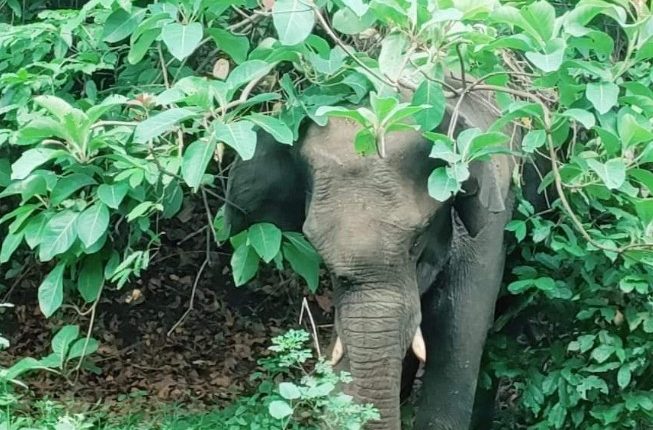 Bhubaneswar:  Even as the world is spreading awareness on the risk of extinction faced by these much-loved wild animals by observing Elephant Day, Odisha police on Friday claimed to have busted a gang, allegedly involved in hunting pachyderms in the state, with the arrest of a key member.

The accused person has been identified as Razak Khan, a resident of Anantapalli village under Bolagarh Block in Khurda district.

According to sources, he was nabbed from Parimula area under Begunia police limits on Thursday night after four days of a manhunt operation by a joint team of STF, Khurda Special Squad, Khurda Police, Athagarh and Khurda Forest Division and Principal Chief Conservator of Forests (PCCF).

Razak was allegedly involved in the killing of over a dozen elephants in Odisha and other states, including Assam and Chhattisgarh, and was frequently changing his locations to evade arrest. He had been hiding at Begunia, Bolagarh, Banki, Tangi, Tikatal and Deuli. A huge cache of tusks was also seized from Parimula area, where he was caught as well as his residence.

Following his arrest, he was handed over to Athagarh Forest Division. During interrogation, he admitted to having killed 16 elephants in Odisha. A search operation is on to apprehend 14 of his associates, the sources added.

Notably, 13 unnatural deaths of elephants have been reported in Odisha in the last 2 months making it the biggest casualty of the pachyderms in a short span in more than a decade. Among them, at least 5 were poaching cases.