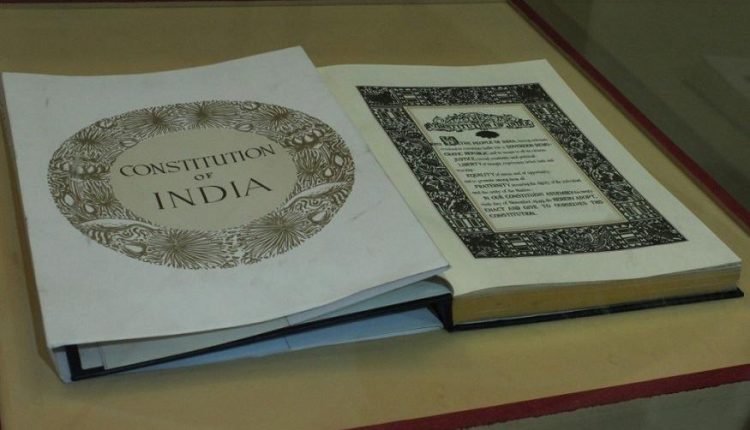 Bhubaneswar: On this day 70 years ago, the Constituent Assembly had adopted and enacted the Constitution, giving the people of India the fundamental law of the country.

As members of the Constituent Assembly, several eminent personalities from Odisha too had made seminal contributions to the historic event on November 26, 1949.

Paying tributes to these greats on the occasion of Constitution Day, Chief Minister Naveen Patnaik said, “It is the bounden duty of each of us as also the citizens of India to uphold the Constitution to take forward the progress of India based on constitutional and republican values.”

The CM also lauded the Constitution as the “binding glue” that holds the nation together. “The operation of the Constitution for seven decades in India constitutes a tribute to the Indian genius in sustaining parliamentary democracy and registering impressive social, economic, educational scientific advancement of the nation without trampling upon the civil and fundamental rights of people.”

Naveen said the celebration of Constitution Day is a celebration of the ideals of liberty, equality and fraternity and secularism which are enshrined in the Constitution. These ensure good governance and comprehensive cultivation of what Dr BR Ambedkar described as “constitutional morality”, he said.

“It is fir this very reason that on the occasion of the celebrations of 150th birth anniversary of Mahatma Gandhi, I suggested that the uniquely Indian ideal of Ahimsa should be incorporated in the Preamble of the Constitution to pay tribute to the father of our nation and to ensure peaceful transformation of society,” he added.