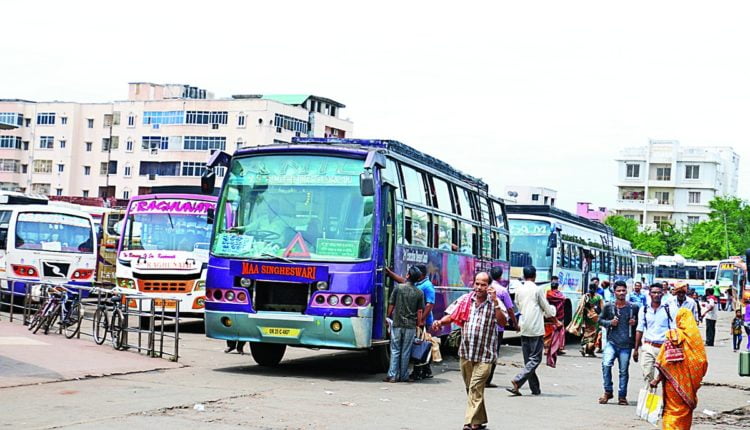 As decided by the Berhampur Development Authority (BDA), the old bus stand will remain closed for two months for repair and renovation while all private and the state-run buses will operate from the new bus stand at Haladiapadar, on the outskirts of the city.

Talking to the media on Tuesday, secretary of the Ganjam Private Bus Owners’ Association Santosh Pati said all buses will enter Haladiapadar bus stand by passing through the over-bridge at Haladiapadar and Gosani Nuagan as per the new route chart. But there is a risk as the two over-bridges are not in a good shape.

He further said that the buses have been directed to leave the new bus stand via Engineering School Square and Gopalpur Square. “There will be traffic issues as there are a number of educational institutions along this route,” he said.

On the other hand, the BDA officials said that to help passengers travel from the new bus stand to the other parts of the city, arrangements have been made to ply 10 city buses. Keeping this in view, the old bus stand will be exclusively used for city buses and no other buses will be allowed to operate from here.

Self-Immolation Bid By Woman At Odisha Court Foiled By Police