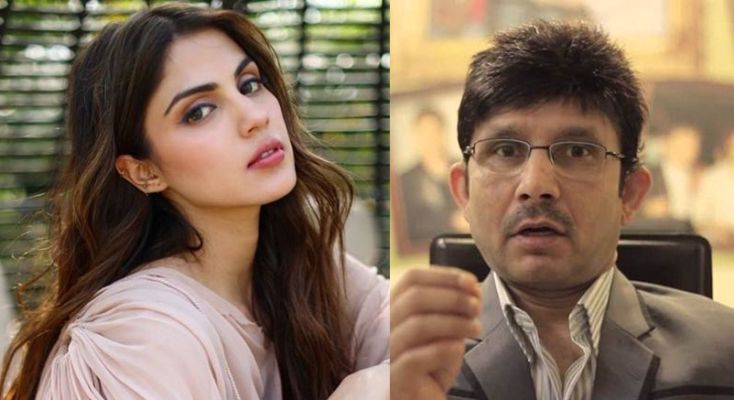 Mumbai: Self-proclaimed critic Kamal Rashid Khan, aka KRK, is back with his controversial tweets, and this time his target is late Sushant Singh Rajput’s girlfriend Rhea Chakraborty.

KRK took to his Twitter handle on Thursday to shame and blame Rhea, who has been accused of compelling Sushant to take the drastic step of committing suicide.

In a series of tweets, KRK stated that he didn’t watch the movie ‘Dayan’ in 2013, but he got to see the real witch in Rhea’s disguise.

I have not seen #Daayan but I think #Rhea is the real #Dayan! Do you ppl agree?

He also alleged that the ‘Jalebi’ actress had taken Rs 15 crore from Sushant and, when he asked to return the money, she threatened him with dire consequences.

According to our sources #SushantSinghRajput was asking #RheaChakraborty to return ₹15Cr and she was threatening him for consequences.

KRK also called Rhea ‘platinum digger’ and wondered how she managed to hire the topmost lawyer in Mumbai.

They all are wrong, who are calling #RheaChakraborty a gold digger. Actually she is #platinum digger.

Do you know who are the supporters of #RheaChakraborty in the Bollywood? Just imagine, She hired a top lawyer in the country within minutes. I consider all her supporters culprits. You Pls name her supporters here.

Sushant’s father KK Singh on Sunday filed an FIR against Rhea with the Patna police. Soon, Rhea hired an expensive lawyer to apply for anticipatory bail.

The case is now being investigated by both Patna police and Mumbai police.