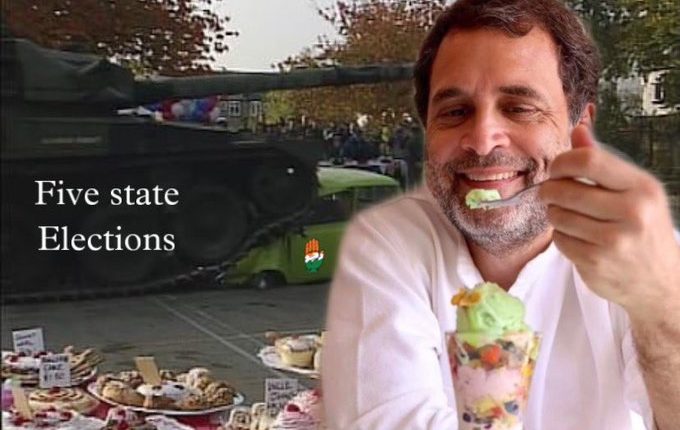 Rahul was brutally trolled on Twitter as the trends showed that Congress might just 2 of 403 seats in Uttar Pradesh while it was mowed down by the Aam Aadmi Party (AAP) juggernaut in Punjab. The Grand Old Party also fared poorly in Goa, Manipur and Uttarkhand with 12/40, 8/60 and 18/70 respectively.

“Calling the attention of passenger Rahul Gandhi…Mr Rahul Gandhi…Thai Airways flight TG 316 from Delhi to Bangkok is now ready for departure. You are requested to pass the security check and contact ground staff immediately. This is the last and final call…”

Rahul Gandhi who is already in Bangkok reading your tweet. 😂 pic.twitter.com/CLoEUnEqJG

Today’s #ElectionResults prove that Navjot Singh Sidhu is dangerous for not only Punjab but for Congress and Rahul Gandhi too.🙏

AAP should thank Sidhu and Rahul Gandhi for weakening congress’ only hope in the country!#PunjabElections2022 #Punjab #NavjotSinghSidhu pic.twitter.com/5EFvuxHNbJ

Rahul Gandhi hits the net and sycophants around him starts to cheer.
This echo chamber which shields the Prince from any criticism is the reason why Congress is on the decline everywhere.#ElectionResults pic.twitter.com/MtTDNgCosa

Navjot Singh Sidhu makes any other Demand in #Punjab Congress,