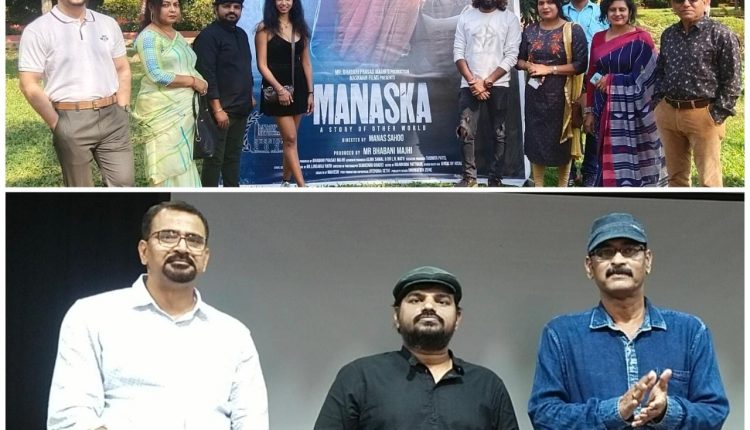 Bhubaneswar: The trailer of ‘Manaska,’ a film on the journey of a man named Taanish, who has lost himself within, was launched at SCSTRTI Auditorium at CRP Square in Bhubaneswar. Vetran actor and chief guest on the occasion, Kuna Tripathy launched the trailer in presence of the producer, co-producer, writer, director, cast and crew members.

‘Manaska’ directed by award-winning filmmaker and director Manas Sahoo, who is known for his works in Odia films, and produced by Bhabani Prasad Majhi, while Lingaraj Nath is the co-producer/writer.

Speaking on this occasion, Tripathy said, “Manaska is the story of very human being, as his external expression of life is only the reflection of his inner journey. He said this is a different kind of story and it is reflected in the teaser. I support Odia movies like this and request you support it too.”

Don’t Use By-Election Models For Governance: BJD To BJP