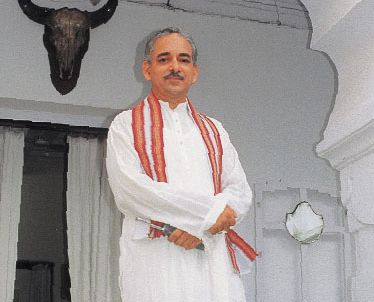 Bhubaneswar: Gajapati Maharaja of Puri, Dibyasingha Deb on Saturday observed that there have been disturbances across the world due to lack of spirituality among the people.

Referring to the fixing in the selection of Daru for the Lords during the Nabakalebara festival in Puri in 2016 as alleged by a Maharana sevayat of the temple and the subsequent fallout, he said “Due to this, there has been a drastic fall in the character and behaviour of the people. We are desperately in pursuit of materialism, which is the wrong way to human bliss.”
The Gajapati Maharaja said if the people of Odisha identify themselves as the true devotees of Lord Jagannath, leave alone the Srimandir, there will be no disturbance in Odisha.

While refusing to comment anything about the fixing of Daru and Brahma Parivartan fiasco, he said the need of the hour is that every Odia should be a true devotee of Lord Jagannath, which will solve all the problems.