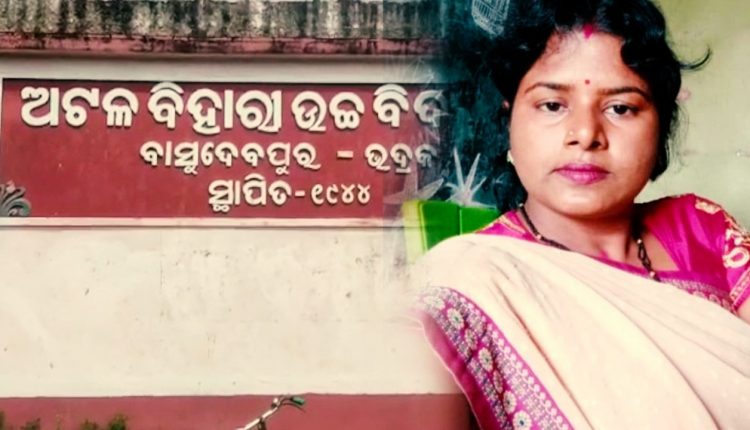 Bhadrak: Bhadrak District Education Officer (DEO) has ordered termination of the services of a lady teacher employed with Atal Bihari High School at Basudevpur in the district after verifying her educational certificates through an enquiry into the irregularities she is alleged to have indulged in to obtain her certificates.

According to sources, Sujatamani Puhan who has been working as a teacher at the High School in Basudevpur for several years had managed to obtain two degree certificates simultaneously to qualify for the post. She had taken admission into Plus-3 science stream as a regular candidate while she managed to obtain a professional degree certificate at the same time against the prescribed official rules.

A vigilance investigation was launched against her in 2016 when there were complaints about her academic qualifications. The Education Department also conducted a departmental probe to find out the veracity of the allegations in 2017, but no action was taken against her due to various reasons.

Bikash Dhal, a Right To Information activist, filed a complaint with the state education authorities explaining the manner in which DEO and other officials tried to shield the employee fradulently despite two inquiry reports going against her.

Bhadrak DEO, ultimately, ordered the termination of Puhan in a letter (No.7516) dated October 4, 2021. There are several teachers working illegally in government schools across the state without valid certificates, Dhal added.

Did Thai Curry Come From India?