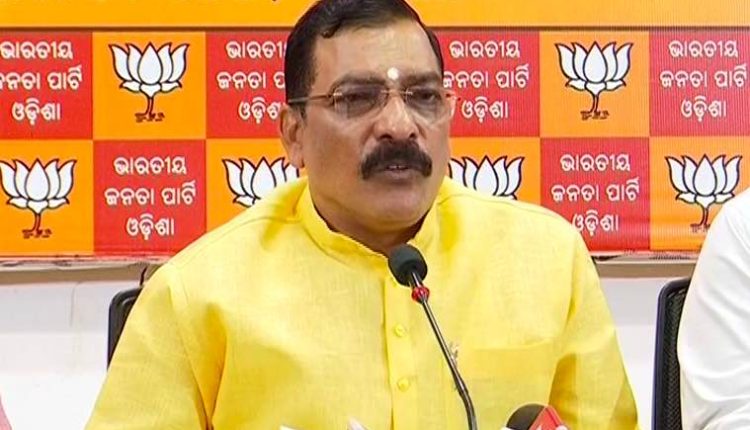 Bhubaneswar: The Odisha BJP has decided to observe Satyagraha in all urban areas and block and district headquarters on Monday by sporting black cloth on the mouth, seeking stern action against Chilika MLA Prashant Jagdev and hearing of the case by a fast-track court.

Odisha BJP general secretary Golak Mohapatra made this announcement at a press briefing in Bhubaneswar on Sunday.

The suspended BJD MLA is in the thick of controversy after he ploughed his SUV into a crowd near Banapur block development office in Khurda during the chairperson election on Saturday, leaving 22 including 10 police personnel, injured. The incident was a grim reminder of the Lakhimpur Kheri incident.

Jagdev too sustained critical injuries after being attacked by a mob, which also damaged his vehicle.

The legislator along with seven other injured have been shifted to Bhubaneswar for treatment.

He has been booked for attempt to murder and obstructing officers from discharging their duty, IG (central) Narasingha Bhol had informed on Saturday, adding that he would be arrested after being discharged from hospital.

This announcement came after a war of words between BJD and BJP leaders over the incident. While BJP leader Sambit Patra took a jibe at the ruling party calling Jagdev’s suspension from BJD as a drama, BJD MPs, Pinaki Mishra and Sasmit Patra, clarified that the Chilika MLA had been expelled from the party. Reminding the BJP of the Lakhimpur Kheri incident, they appealed to the saffron party not to indulge in double standards and politicise such sensitive issues.

Notably, Jagdev, who has a history of unruly public behaviour, was suspended from the BJD after a video of his thrashing a BJP leader of his Chilika constituency went viral in September last year. In August 2020, a junior engineer had registered a complaint alleging that he had misbehaved with him. In 2016, too, he had landed himself in controversy for allegedly assaulting a lady tehsildar.

12 Detained For Attack On BJP Corporator Candidate In Bhubaneswar