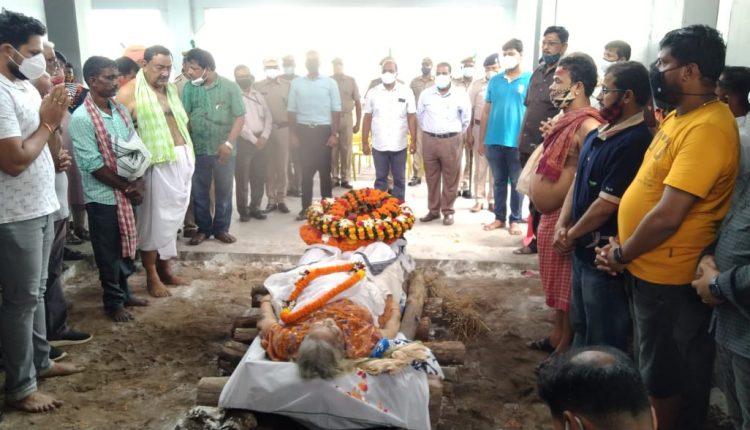 Puri: The last rites of eminent litterateur and editor Manorama Mohapatra, were completed with full state honour at Swargadwar, here on Sunday evening.

Mohapatra’s eldest son Pradip Kumar Mohapatra performed the rites and consigned the flame to the body at the cremation ground. The acclaimed academician’s daughter Suchismita Mishra, her husband Arun Mishra and other family members attended the cremation.

Besides, district collector Samarth Verma, SP Kanwar Vishal Singh and other high officials of the district administration were present.

Mohapatra passed away at the SCB Medical College and Hospital, Cuttack on Saturday evening. She was undergoing treatment in the hospital after complaining chest pain.

Mohapatra was the editor of Odia daily ‘The Samaja’ for a long time. She had written several books and was honoured with many awards including the Sahitya Akademi Award in 1984.