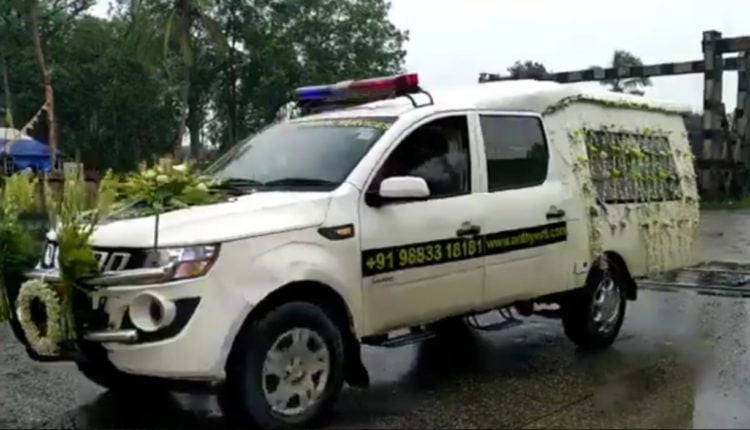 Bhubaneswar: The mortal remains of Vigilance Director Debasis Panigrahi, who succumbed to COVID complications while undergoing treatment at a private hospital in Kolkata on Friday night, is being carried to Cuttack via road.

The special vehicle in which the body is being brought to Odisha from Kolkata arrived in Balasore on Saturday morning.

His last rites will be performed at Khannagar crematorium in Cuttack, family sources said.

The 1991-batch IPS officer was airlifted to Medica Super Speciality Hospital in Kolkata on June 8 for advanced medical treatment after his condition deteriorated while undergoing treatment at a private hospital in Cuttack, where he was admitted on May 29 after testing positive for the virus.

Panigrahi had served as SP in Keojhar, Bhubaneswar, Puri, Ganjam and Cuttack and held senior positions, including Special Secretary of Home Department.

A bilingual writer and poet, he had won the Odisha Sahitya Akademi Award for short stories in 2002. ‘Mellowed with Years’, a collection of poems in English, by Panigrahi, was released in March this year.

Besides 10 collections of stories, three novellas and one novel, he had also penned lyrics for television and album.

42 More Succumb To COVID In Odisha

With No Relief In Unlock Guidelines, Food Catering Business Takes A Hit In Cuttack