Lata Mangeshkar: The Melody Queen & Her Love For Cricket 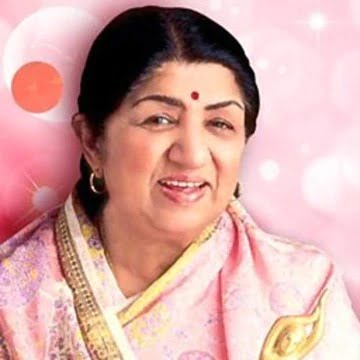 Bharat Ratna Lata Mangeshkar was born as Hema. Later she was renamed as Latika after a character in one of her father Pandit Dinanath Mangeshkar’s plays. Her dad’s original title was Hardikar which he changed to Mangeshkar since he was from Goa’s Mangeshi town. Later Latika was called Lata and she is universally known as Lata didi to all.

On the legend’s 90th birthday let us go on a trivia journey of her early life, her association with her colleagues and her lifelong indulgence with cricket.

Lata was not only gifted but ever willing to learn. Once legend Dilip Kumar observed that she had a Marathi accent. Normal reaction would be obstinacy, denial, taking it to heart or protest. However, Lata immediately took diction training from an Urdu teacher named Shafi and it added finesse to her singing. Greatness comes from such small things as well.

At 33, Lata was almost killed through slow poison which made her unconscious for three days and bedridden for three months. The vanishing act by her maid without taking his wages possibly hinted at this being a murder attempt by rivals/enemies. Lyricist Majrooh Sultanpuri used to visit her daily and he voluntarily acted as her food taster.

Lata had maximum duets with Rafi even though for some time they had professional differences on royalty and payment issues. She sang 440 duets with Rafi and 327 with Kishore Kumar. Lata and Kishore were probably the best ever singing pair. Let us examine their association a bit more closely.

Lata’s 1st meeting with Kishore da was unique. Travelling in a local train, Kishore saw a young and simple girl (Lata) sitting near the window seat. He gave her a warm smile but got a stern look in return. When Dadar station came, she got down and hired a horse cart for her destination. So did he. Coincidentally he got down at the same place where the girl had stopped her horse cart and walked behind her. She flew into a rage saying, “You scoundrel, why are you chasing me like a roadside Romeo!”, before hurrying into the studio. Lata complained to music director Khemchand Prakash about a roadside ruffian chasing her. He clarified her misconception and introduced both to each other. All then had a hearty laugh.

The stage shows of Lata and Kishore were memorable and highly successful throughout the world. Sometimes they performed together to the joy of the lucky audience. Once they had a much-awaited show in London and the question arose as to who would sing first. Kishore suggested she sing first as she was his senior in the industry. However, Lata solved the problem by going on stage to introduce Kishore. In fact, she used to say he was her dada as he was older. Yes, he was, but only by a month. In their London stage show, there were two unforeseen problems. Lata refused to sing the song ‘angrezi mein kehtey hai’ as it had the word “Idiot” in it. She also refused to sing ‘Pag ghungroo’ as she felt it belittled Meera Bai. Their stage shows were magical experiences for the audience and blockbusters.

The Lata Mangeshkar Award was a national level award started in 1984 and the Madhya Pradesh Government started it since State Governments were authorised to give this award. Naushad was the first recipient and none other than Kishore Da was the second recipient of the award. After Kishore Da received it, MP Government started Kishore Kumar Award for his contribution to Hindi cinema. What a fitting tribute to the two geniuses!

Lata once took an interview of Kishore which one can see on the Facebook page of talented singer Sonu Nigam which Kishore’s son Amit Kumar had shared with Sonu. In this interview Kishore and Lata didi discuss their common “Guru” K. L. Saigal. Dada said that singing gives him more pleasure than acting or composing, especially as he felt that acting is “Jhoothi” while singing is from the heart.

Kishore had a deep sense of respect fro Lata and he ensured he was always paid a rupee less than her. There is only one song sung by the four legends Kishore, Lata, Rafi and Mukesh and that was ‘Humko tumse ho gaya hai pyar kya karein‘. Kishore said that while he, Rafi and Mukesh were required to sing for the three heroes, for the heroines, one Devi (Goddess) was enough. This was the depth of his love and respect for Lata.

India has two passions, movies and cricket, and Lata has a very close association with cricket as well. BCCI President Raj Singh Dungarpur was her close friend and they were together at London when she was given the news of being awarded the Bharat Ratna.

India 1st won the world Cup in 1983 and before the final, Lata had invited the team for a dinner and wished them Good luck. She watched the finals at Lords, and after India won the world cup, Captain Kapil Dev invited her to have a dinner at the team hotel. Later, she performed free at a concert held in Delhi’s Indraprastha stadium and 20 Lakhs was raised. It was a 4-hour concert and Sunil Gavaskar and Kapil Dev were seen standing beside Lata . Her brother Hridayanath specially composed a song which was sung by all the team members. Due to the concert the team members were given Rs 1 lakh each. What a contrast to the huge money in cricket nowadays, when players of the 2011 World Cup winning team got Rs 2 crore each.

Lata shares a special relationship with Sachin Tendulkar whom she considers her son and he calls her mother. Much before the cricketer got a Bharat Ratna which she had got, she used to publicly always say that he deserved one. Sachin’s birthday, on April 24, is her dad’s death anniversary and hence Lata regrets not being able to meet him on his special day. The 2018 IPL Final was held at Mumbai but Sachin was missing in the stadium. Later, he revealed in a tweet that he and his wife Anjali watched it with Lata at her residence. As a MP, Lata did not take a single rupee as salary or a house in New Delhi. Similarly, Sachin too did not take a house in New Delhi and donated his entire MP Salary of Rs 90 lakh to the Prime Minister’s Relief Fund.

Apart from Sachin, Lata has always through her twitter handle encouraged match winning performances of Indian stars, such as VVS Laxman and current captain Virat Kohli. She has also praised Rahul Dravid, Shikhar Dhawan and Rohit Sharma for their performances. She blessed Yuvraj Singh when he was unwell with the dreaded disease and congratulated him on his return to the Indian team.

That’s Lata for you. Happy 90th birthday to this wonderful personality.

Struggle Over, Time To Dream Big For Odisha’s Anil

COVID-19 Lockdown: List of Movies & Shows To Keep You Entertained At Home