Struggle Over, Time To Dream Big For Odisha’s Anil 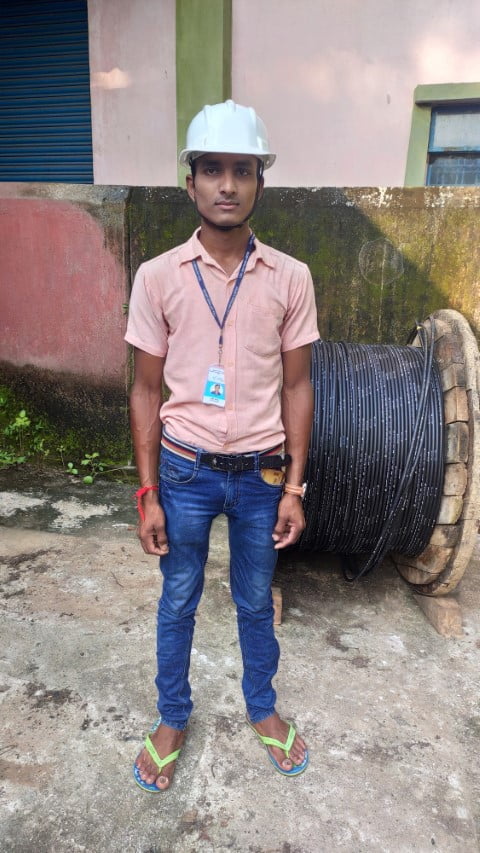 Bargarh: Anil Sahu, a 23-year-old youth from a poor family of Chakarken village in Odisha’s Bargarh district, can see his dream coming true.

His father is a marginal farmer and mother a housewife. He has two brothers and one sister. Despite being the sole bread winner of the family, his father encouraged his children to study.

After graduation, Anil pursued diploma in ITI in 2015 and went out looking for a job to support his family. He made rounds of many offices but in vain. He even had to borrow money from friend and relatives since his father’s income was limited.

“I felt very bad while borrowing money for my day-to-day expenditure. Then I got to know  about a job fair of Reliance Foundation (RF) through newspaper in March this year,” said Anil.

He got a job of OFC (Optical Fiber Cable ) Engineer post at Tera Soft Company through the job fair.

His first posting was in Bargarh block with a satisfactory salary. After six months, he was transferred to Sundargarh district with a pay hike.

“I am really grateful to the Reliance Foundation for having organised the job fair,” said Anil.

Anil’s elder brother is now working, his other brother and sisters are studying.

“I do not have to depend on my father anymore. Now, I am able to save and send money to him,” he said.

Alongside, Anil is preparing for competitive examinations. “My aim is to get into Railway services,” he added.

Lata Mangeshkar: The Melody Queen & Her Love For Cricket