Laxmi Panda, The Iron Lady Of Odisha Who Never Compromised On Principles 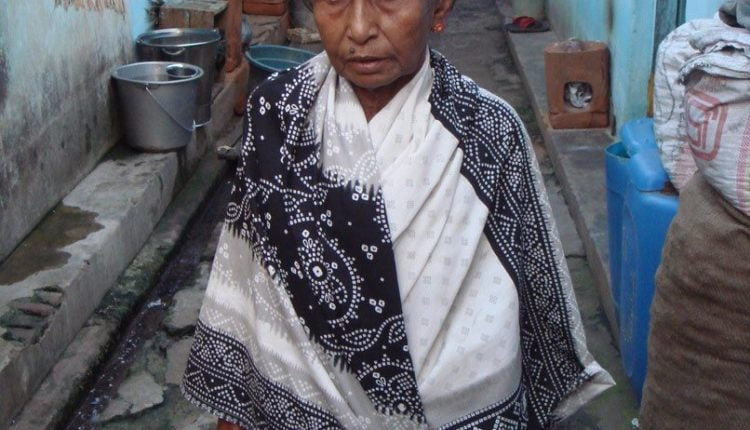 These were the lines that inspired millions of people during India’s freedom movement. It gave a clarion call to people to march forward and devote their life to the country.

Most followed Mahatma Gandhi’s path of non-violence, but there were several others who believed in tit for tat and were thus inspired by Netaji Subhas Chandra Bose.

Netaji’s role in the freedom movement was acknowledged by none other than Clement Atlee, who was Prime Minister of the United Kingdom when India gained independence.

“It was Subhas Chandra Bose and his independent Azad Hind Fauz who forced the British to leave India,” Atlee had remarked.

Many from Odisha, which is Netaji’s home state, joined Indian National Army (INA) following his call of “you give me blood and I will give you freedom”. One of them was Laxmi Panda.

She was all of 14 when she went to an INA camp to enrol herself in the freedom struggle. Laxmi was keen to join Rani Laxmibai Regiment, the women’s wing of INA led by Capt. Laxmi Sehgal.

The recruiters were not sure that such a young girl would be able to endure the hardships of a soldier. She was rejected, but Laxmi did not walk away disappointed. She waited outside the camp for Netaji.

Laxmi got an audience with Netaji and took the chance to convey her deep desire to join the freedom struggle by saying that age should not be an obstacle in the path of patriotism.

Her determination and focus impressed Netaji so much that Laxmi immediately got enrolled in INA.

Laxmi Rath (her maiden surname) thus became the only Odia woman to fight for India in INA. Since she shared her first name with Laxmi Sehgal, Netaji named her Indira. A name that she fondly remembered for many years as it was given by none other than Netaji.

Born in Rangoon in 1930 to migrant Railway workers from Odisha’s Ganjam, Laxmi Panda and her young brother were struck by tragedy early in life as both their parents were killed by British bombardments.

Enraged by the atrocities of the British, Laxmi and her brother joined INA to seek revenge.

Life may not have been kind to Laxmi, as she had to live a life of ignominy and poverty. But she never complained and demanded her due in post-Independence glory. She used to say that her contribution was not driven by greed, but by the spirit of patriotism.

She married Khageswar Panda, another INA veteran, in 1951 and moved back to Odisha. Her husband got a driver’s job in the Hirakud Dam project. It was after her husband’s untimely death that Laxmi’s miseries started. She had to take up menial jobs to bring up her only son.

She didn’t have the means to meet her fellow INA soldiers, whom she loved and admired. She didn’t get enough pension for freedom fighters as she was not jailed.

She reiterated in an interview that she had joined the freedom struggle to win freedom for the nation, not to secure a good life for herself. She didn’t want to twist facts and lie that she was imprisoned so that she could get a decent amount of pension.

She didn’t have enough money to attend functions to honour freedom fighters. Later in her life, she was conferred with Swatantrata Sainik Samman.

An epitome of bravery, Laxmi did not bow down and compromise on her principles. She will always be remembered for her selfless service to the nation.

She was, indeed, the Iron Lady of Odisha.