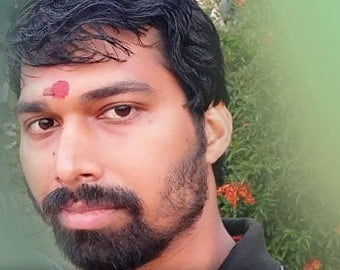 In a Twitter post, Crime Branch ADG Sanjeeb Panda has said there were a lot of loose ends in the investigation conducted by the local police.

Stating that the people expect a transparent probe into the case, he said the Crime Branch will try its best to bring the truth to light.

Lots of loose ends, lots of expectations. The truth shall prevail. https://t.co/NYxnunwSaq

Referring to the lopsided probe by the local police, senior lawyer Krushna Mohan Patnaik said though Soumya’s family members had named the suspects in the FIR and a case has been registered under Sections 302 and 201 of the IPC, they did not take any steps.

“While the local police said they had brought the persons named in the FIR under the purview of the investigation, they have not brought them to Paralakhemundi, the place of incident, for investigation. This has raised apprehension among people and the family members of the deceased that the police are deliberately trying to divert the investigation under pressure. Thanks to the efforts of the media, the state government handed over the case to the Crime Branch,” Patnaik said.

On the direction of DGP, a three-member team of the Crime Branch headed by DSP Gyana Ranjan Mishra arrived in Paralakhemundi on Saturday. Accompanied by a six-member scientific team comprising Assistant Director and Scientific Officer, Assistant Scientific officer (chemist) and a Fingerprint expert of the State Forensic Science Laboratory (SFSL), a videographer and a still photographer of the State Photo Bureau and a Fire expert from the State Fire Service went to the official residence of the ACF for a thorough search. The team collected some materials from the room where he had sustained severe burn injuries.

Talking to the media later, the DSP said the Crime Branch will interrogate Soumya’s wife Bidyabharati Panda, DFO Sangram Keshari Behera and cook Manmath Kumbha. Apart from this, others against whom the family members of the ACF had raised suspicion will be brought under the purview of the investigation.

Laxmi Panda, The Iron Lady Of Odisha Who Never Compromised On Principles