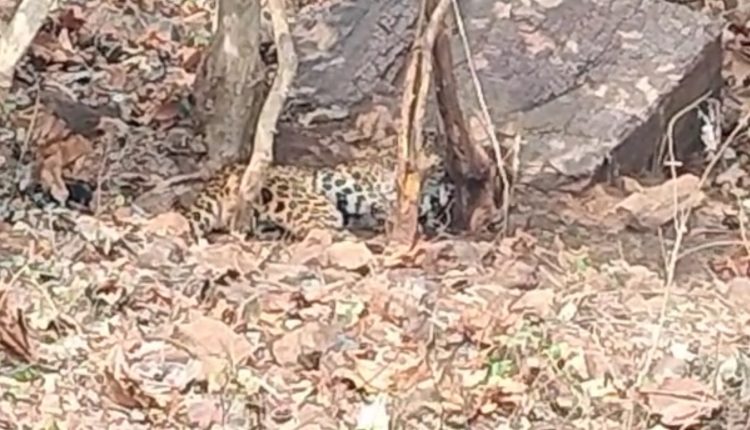 Angul: A leopard, which was trapped in hunter’s net, was rescued by Forest officials in Odisha’s Angul district on Sunday.

As per reports, the villagers of Balang in the district found the leopard trapped in the net in a forest near the village under Satkosia sanctuary and informed the Forest officials.

On reaching the village, the Forest officials managed to tranquilise the leopard. While checking the wild animal, the veterinary accompanying them, detected some injury marks on its body. It had sustained the injuries due to the nylon threads of the net, they said.

They released the leopard from the net and carried out treatment of the injuries. Later, the officials took the leopard to a forest in Raiguda under the sanctuary area and released it there. They were also keeping a track of its movement, the sources said.