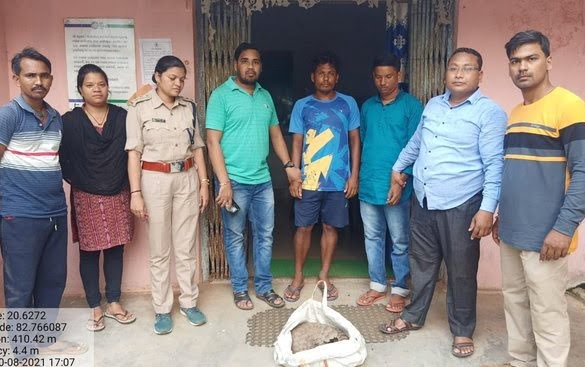 Balangir: The Forest officials on Saturday rescued a live pangolin and arrested two persons who were in possession of it without having valid document near Maharapadar under Khaprakhol police limits in the district.

The accused have been identified as Sushil Dhurua and Bajrang Dhurua.

Acting on a tip-off about a deal to sell the live pangolin, a team of Forest officials went to the area as customers and caught the duo red-handed. Apart from the pangolin, the Forest officials seized other incriminating materials from their possession.

The Forest officials said as the accused failed to produce valid document in support of the possession of the pangolin, they will be forwarded to the court later in the day.

It may be noted that the Special Task Force (STF) of Crime Branch had rescued a pangolin and arrested two wildlife smugglers in Khurda district on Friday.

Lakhimpur Kheri: Union Minister’s Son Reports To Police A Day After Evading It