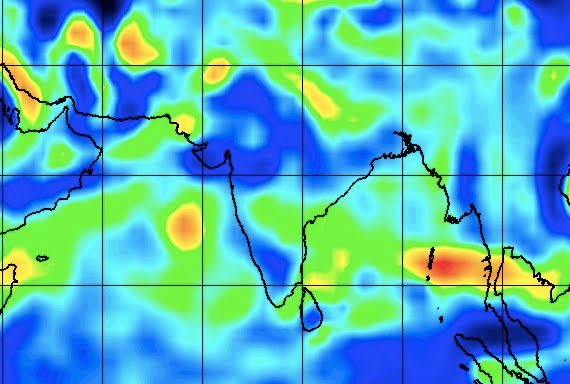 Bhubaneswar: While several overseas weather agencies have predicted that a cyclonic storm of a severe category is most likely to form over the Bay of Bengal in the second week of October, the India Meteorological Department (IMD) in a morning release on Saturday said that a low-pressure area is most likely form over the north Andaman Sea in the next 48 hours.

According to the release, a cyclonic circulation lying over the North Andaman Sea and neighbourhood is most likely to form into a low-pressure area over the same region during the next 48 hours.

The system is likely to become more marked and move in the west­north-west towards south Odisha and north Andhra Pradesh coasts during the subsequent 4-5 days.

Numerical models, including IMD GFS, NCEP-GFS, GEFS, NCUM, NEPS, ECMWF, have indicated that the system will intensify into depression over the east-central Bay of Bengal around October 14 with west-northwestwards movement towards south Odisha and adjoining north Andhra Pradesh. It is likely to intensify further into a cyclonic storm of severe category.

According to the director of Meteorological Centre, Bhubaneswar, HR Biswas, the movement and the intensity of the low pressure will be determined after its formation.

Explaining the reasons for the formation of a cyclonic storm over the Bay of Bengal in October, former director of the Meteorological Centre, Bhubaneswar and presently the director of the Centre for Environment and Climate (CEC) of the SOA University, Dr Sarat Chandra Sahu said that the temperature of the sea surface is the highest during October due to high moisture content over the sea during the monsoon.

“However, if the temperature is 30 degrees Celsius on the sea surface, it becomes minus 60 or 70 degrees Celsius when it goes up releasing latent heat resulting in the formation of a cyclonic storm. Besides, the absence of air movements from north-western India towards the Bay of Bengal in the post-monsoon phase is also another reason for the chances of cyclones in the Bay of Bengal,” Sahu pointed out.