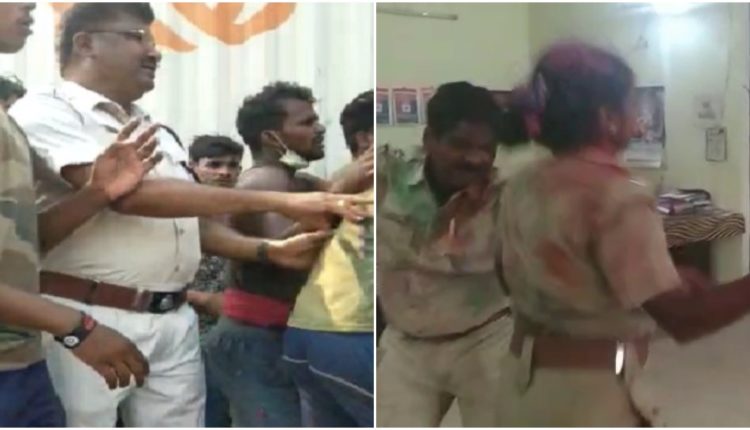 Jajpur: Panikoili police station ICC, whose Naagin dance video went viral on Tuesday, was humiliated and manhandled by locals while taking stock of an accident site in the locality on Friday.

The locals also asked him for an encore of Naagin dance.

Notably, Jajpur SP Rahul P R had suspended ASI Sanjay Das and said that a detailed inquiry was being conducted into the complete episode.

In the video, four police personnel, including a woman cop, were seen celebrating Holi and dancing inside the police station in uniform.

Odisha: Junior Engineer In Office Of Chief Conservator Of Forests Under Vigilance Scanner