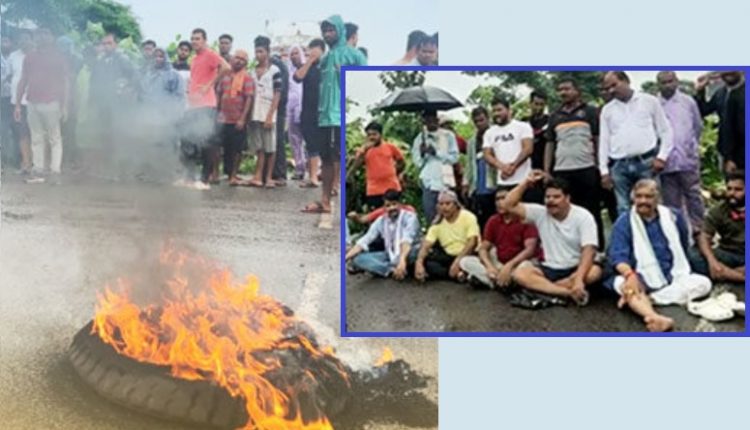 Bhubaneswar: Locals staged a protest on Chandaka-Pitapalli Highway, on the outskirts of Bhubaneswar, on Friday following the death of a youth, who was hit by a waste-laden truck near Daruthenga.

The tragic incident took place on Sunday and he died during treatment on Friday. The deceased has been identified as Reshab Routray (22), the son of a popular roadside eatery on the city outskirts.

Villagers from Daruthenga and Chandaka blocked the Highway and demanded a curb on the garbage trucks of the Bhubaneswar Municipal Corporation (BMC) and a permanent solution to the dumping of waste at Daruthenga. Jatni MLA Suresh Kumar Routray also arrived at the spot and expressed his support to the people of the village. A large police force has been deployed there to monitor the situation.

Speaking to the media, the MLA demanded Rs 50 lakh compensation for the bereaved family. He said the agitation would be intensified if the dumping of garbage by the civic body here is not stopped.

Notably, the bike which the deceased was riding was hit by a speeding truck, which was en route to Daruthenga dump yard.

Fact-Check: Is Railways Recruiting For 9,000 Posts Of RPF Constable?