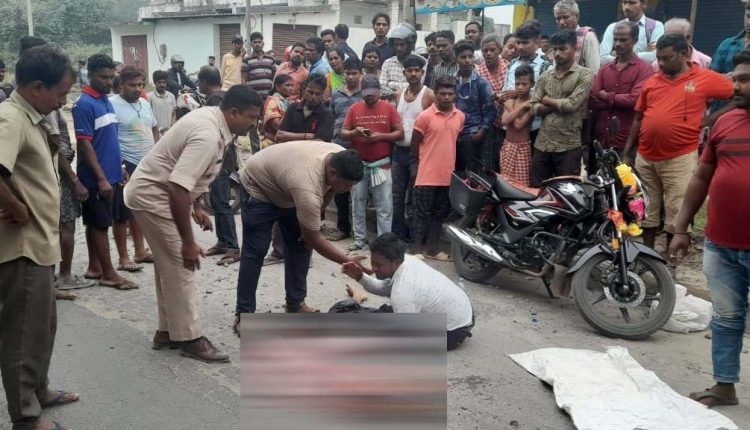 Berhampur: A pregnant woman died after the motorcycle she was riding pillion was hit by a vehicle on National Highway 16 near Haldiapadar overbridge under Golandhara police limits, on the outskirts of Berhampur city in Odisha’s Ganjam district.

The deceased woman has been identified as Rinki Pradhan.

According to sources, the accident took place while she was on her to the city for a regular check-up with her husband Ranjan Pradhan of Titi village under Patrapur block. The bike then hit the road divider near the half-constructed overbridge and the duo fell off it. Rinki died on the spot while Ranjan sustained minor injuries.

Following the accident, locals staged a road blockade and demanded that the overbridge be made operational immediately.

One being informed, Golanthara Police reached the spot and sent the body for postmortem to MKCG Medical College And Hospital as well as initiated an investigation.

The road blockade was lifted after the cops promised to allow vehicles on the overbridge from Monday, the sources added,

52 Bonded Labourers Rescued While Being Trafficked From Odisha