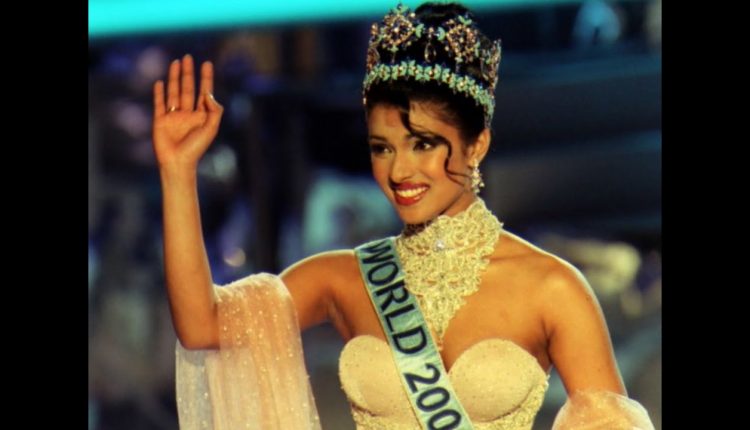 New Delhi: Miss Barbados 2000 and now YouTuber Leilani has hurled some allegations against Priyanka Chopra, who won Miss India and Miss World 2000. In the video shared for her 35K subscribers, Leilani detailed all the ways that Priyanka was ‘favoured’ at the pageant and the show was ‘rigged’ to let her win.

Leilani began the video by mentioning the latest controversy around Miss USA 2022 and how people are being sacked and investigations made into the matter, which seems to hint that the show may have been rigged as well. She said that the episode reminded her of her own experience at Miss World 2000. She said that Miss World 1999 was from India, Miss World 2000 was also from India and it all happened when India’s Zee TV was one of the sponsors of the show in those years.

“I literally went through the same thing at Miss World. I was Miss Barbados, and the year I went, Miss India won. Mind you, Miss India had won the previous year (Yukta Mookhey), the sponsor was also ZeeTV, an Indian cable station. Our sashes had ZeeTV on top and then the names of our countries. This is very familiar to me,” she said in the video.

She said that Priyanka’s gowns were better made, she got food in her own room, and got large pictures in newspapers while the other girls were bunched together on a beach. She also explained how Priyanka was allowed to wear a sarong during a swimsuit competition while others were not.

“Apparently she was using some skin tone cream, to even out her skin tone and it was splotchy. I did not say it was a bleaching cream, it was a skin tone cream. It didn’t work, her skin was blotchy so she did not want to remove her sarong. So during the actual judgement, she is actually in a dress,” Leilani said.

She also mentioned that while a contestant cannot be blamed for getting special treatment, she also personally found Priyanka ‘unlikeable’. “My only problem with Priyanka is that getting to know her in the pageant, she was just unlikeable. And she is Meghan Markle best friend so go figure,” she said.

The video was also shared on Reddit. Indians have defended Priyanka for the win. “She is two decades, too late. There was a controversy back then over Priyanka taking Mother Teresa’s name as a living person in the year 2000. The Indian channels extensively discussed it. Except that one error, she did great in all the other rounds. It was said she made up for that one wrong answer with the total points. It comes across like a sour grapes situation crying foul now, Miss Barbados,” read a comment.

“And then, Priyanka went on to become one of the biggest stars/actors in India and now shooting her shot in Hollywood and this lady is doing YouTube. Guess the one who was actually talented won,” read another.