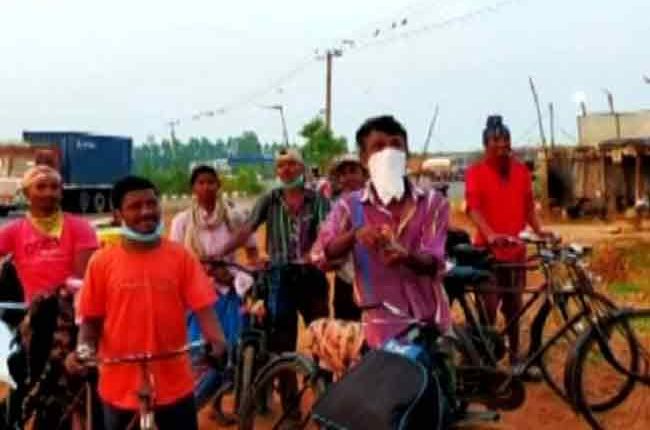 Berhampur: Desperate to return home amid the lockdown, seven Odia migrant labourers from Chennai covered 1100 km on their cycles to reach their village in Ganjam district.

They covered the journey in eight days to arrive at Sorala village in Chikiti block on Tuesday.

The labourers told the media that they were working in a construction company as daily wage earners in Chennai. However, the company stopped work after the countrywide lockdown was declared.

“As the company did not provide us with the daily wages and food during the lockdown period, we decided to leave Chennai. Later, we hired seven cycles and arrived to our village on Tuesday,” one of them said.

The seven labourers, who are now kept in a quarantine centre at Muktiswar Vidyapeeth at their village, said they had to beg for food from people during the journey.

“While some people provided dry foods, some others gave us cooked food,” a labourer said.

Ensure Physical Distancing And Mask Up Even If Fully…