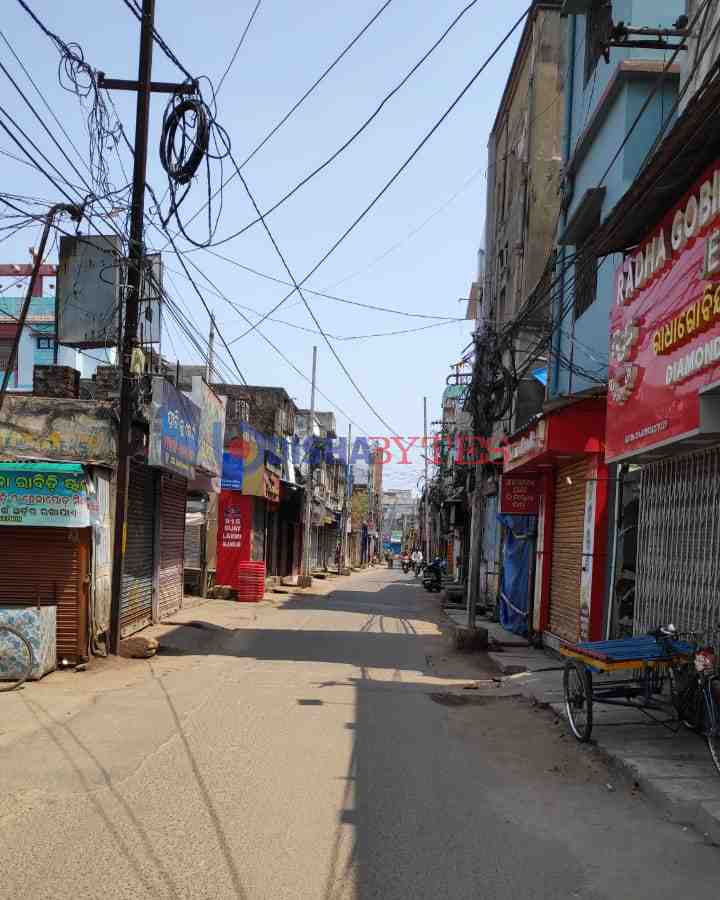 On March 24 evening, Prime Minister Narendra Modi announced a 21-day nationwide lockdown from midnight with his characteristic flair.  These are extraordinary times, and most Chief Ministers have shown extraordinary sagacity by fighting the Corona War in unison with the Union government. Parts of Odisha experienced a lockdown since March 22, so for many it is effectively a 24-day lockdown.

Against this backdrop, it is worth examining the lockdown experience of other countries. Hubei province in China announced the lockdown and travel restrictions on January 23. The travel restrictions to Hubei province were lifted on March 25. The lockdown in Wuhan City (the capital of Hubei, with a population of 1.1 crore) will be lifted in April 8. This is a lockdown of almost 75 days. On January 23, China had barely reported 1000 cases of Coronavirus-related illness and most of these were in Hubei. Thereafter the daily increase of cases was between 500 and 3000 for about a month and the total figure reached about 75,000 cases by February 20. This is when it started abating and now the total cases are a little over 81,000; now the number of new cases per day is below 100 (but not zero) on most of the days. This implies, during lockdown the affected cases continued to rise at a fast pace for almost a month, before showing signs of abating. Only after 2 months of lockdown has the pace reduced to a manageable level.

The other example worth recounting is that of Italy. A nationwide lockdown was imposed in Italy on March 9. A smaller lockdown (in 11 municipalities in the province of Lodi) had been in place in late February. Italy had less than 1000 cases until February 27 and about 10,000 cases on March 9. This implies Italy had about 1000 cases per day in the first week of March. As on March 24, Italy had almost 70,000 cases. In the 15 days of lockdown Italy has had about more than 4000 cases per day on an average, on March 24 the number of new cases was around 5,500. These are only cases of people tested positive of Coronavirus. I will not be mentioning fatalities though, as they are outright scary.

What does this data say? One, the virus takes time to make us sick, (that is what the PM also explained quite clearly) and if we have it then we can spread it even when we are not exhibiting symptoms. Which basically means, as the pandemic is already at Stage 2, anyone of us could be carriers already even if we have not travelled abroad and even if we have not been in touch with someone who has travelled abroad. Two, the virus can spread at a very fast pace, once it crosses the threshold level. Experts say, one carrier of corona virus, if she or he moves around freely, can potentially infect 3500 persons in 2-3 weeks. Three, India has certainly acted decisively earlier in the pandemic life cycle stage, more than most European countries or Hubei, however it is possible that the lockdown has come 2-3 weeks late. We should have banned entry from foreign countries or quarantined anyone who came in for 2 weeks earlier from the first week of March itself.

For India, the implication of a successful lockdown does not necessarily lead to a slow down of cases immediately. There is a possibility that we already have crossed the threshold of cases in some states (at least in Kerala and Maharashtra). At this point we do not know the extent of the damage as we do not have adequate testing facilities. The reality could be 2-10 times more cases than the reported numbers. If we have crossed the threshold in any state, the number in that will be multiple thousands in a week. Also, there has been a large influx of people to the hinterland and less-affected states in the past 1-2 weeks. This exposes more number of states to the risk. If the lockdown is successful, one infected person has the potential to infect about 10 people.

All of the above add up to scary numbers. If we manage to successfully enforce a lockdown, if some of the worst-case scenarios come true, we will probably end up having tens of thousands in the country. If the reported numbers are accurate and we are below threshold numbers in every state, we can escape with a few thousand cases.

On a positive note, there is a hypothesis floating around relating to slow spread of the virus with higher temperature and humidity. That will be a welcome relief if true, as the entire country has started getting warmer. However as of now, there is no compelling data  to prove that hypothesis, and we need to plan our response without factoring any such respite due to change in weather conditions. The another conjecture doing the rounds is ‘herd community’ developed through fighting malaria is helping India, Africa and many South American countries – though no one is sure about how much this will help, as there are exceptions to this rule too. The other positive is, we already have knowledge of what needs to be done to combat the virus, based on experience of other countries.

Overall, there are a lot of variables playing out and the public health experts may not have full clarity of how these variables will add up and play out in the coming weeks. At this point, we are doing all the right things to control the pandemic. We need to wait and watch the numbers for another week or so, to get a sense of how deep the spread has been and how the lockdown is containing new cases. If we are lucky,  we may escape with cases in the thousands, and if unlucky, it could be in tens of thousands – i.e. if the lockdown is successful. However, as we know by now, if we are unable to enforce lockdown and we citizens do not rein in our tendency to socialize then we could be in for something catastrophic.

This is not the time to be satisfied or despondent about the 21-day lockdown. We just know enough to form a firm opinion. We may have to get prepared for a long haul of 4 to 10 weeks, and plan our economic activities (to maintain the continuity and avoid an economic asphyxiation), support functions and lifestyle changes accordingly. The wisest approach is to plan for the worst and hope that the heat, herd immunity and early action (relative to others) work to our advantage.

If God Saves, Who Can Kill; If God Kills, Who Can Save!