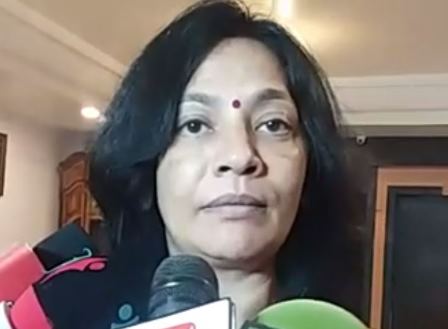 Bhubaneswar: Chairperson of State Commission for Women (SCW) Lopamudra Baxipatra resigned from the post on Sunday.

Sources said that Lopamudra, whose tenure as the SCW chairperson was to end on December 3 this year, has sent her resignation letter to the Chief Minister.

She tendered her resignation to devote more time to party work, the sources added.

After the demise of her father and former minister Late Harishchandra Baxiptra, Lopamudra had actively involved herself in politics and assumed the responsibility of general secretary, zonal president and vice-president of the Biju Yuva Janta Dal in the past.

She holds a doctorate in Zoology and degrees in law and journalism. She is involved in several social activities through her association with various development organizations.

State Commissioner for Persons with Disabilities Dr. Minati Behera has also resigned from her post. A well-known social activist, she was appointed to the post on April 6, 2015.