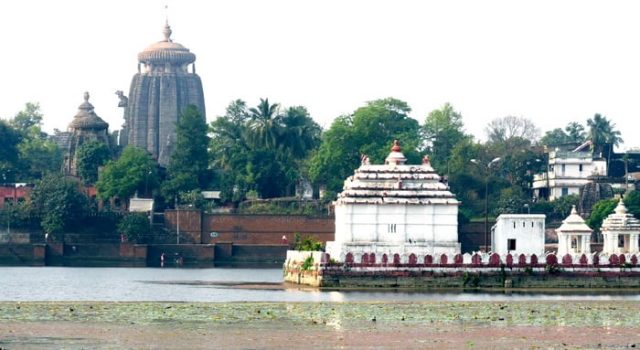 Bhubaneswar: The rituals at Lord Lingaraj Temple here have come to a halt yet again since New Year’s morning over the entry of a non-servitor to the Bhoga Mandap.

According to sources, the priests of the 11th-century shrine protested the entry of a non-servitor to the Bhoga Mandap, which led to a spat between Badu Nijog and Brahmana Nijog.

The Brahmana Nijog accused the Badu Nijog of not cooperating in resuming the temple rituals.

The devotees have alleged that disruption of rituals at the Lingaraj Temple seems to have become the order of the day due to a lack of cooperation between temple servitors.

“On the first day of 2023, the temple witnessed a huge rush. It was then that a non-servitor entered the Bhoga Mandap and thus the ‘bhog’ being prepared for Lord Lingaraj became ‘impure’. Badu Nijog members made it clear that they would resume the temple rituals of the deity after all ‘impure’ bhog is thrown away. Temple services are yet to resume. The administration, temple trust board, and District Collector seem to have no interest in sorting out the issues,” a member of Brahmana Nijog Biranchi Pati told a local news channel.

Pati further added that four board meetings were held in the last 11 months to sort out the dispute and still no solution could be found. He alleged that the District Collector is solely responsible for it.

Notably, the Orissa High Court had made it clear in its ruling that rituals in Lingaraj Temple cannot be stopped under any circumstance.