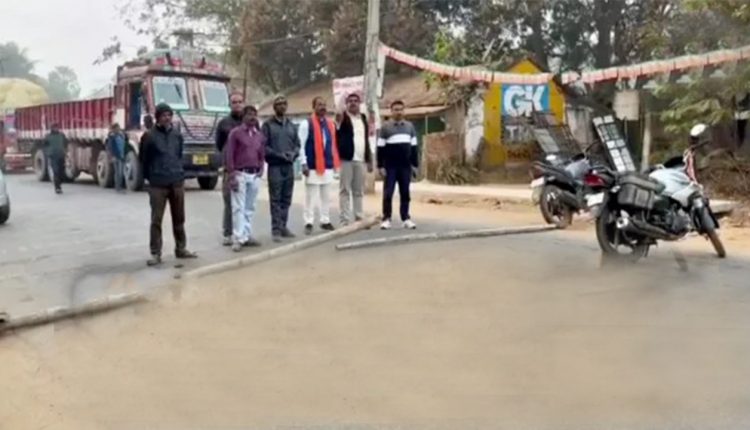 Nabarangpur: Normal life was affected in Odisha’s Nabarangpur on Tuesday due to a dawn-to-dusk shutdown observed by BJP against alleged misbehaviour meted out to Municipality Chairperson by a state government official during FIH Hockey World Cup trophy tour.

Leaders of BJP district unit alleged that Municipality Chairperson Kunu Nayak was publicly misbehaved and demanded that the official tender an apology.

According to reports, shops, markets and buriness establishments kept their shutters down during the 12-hour bandh that began at 6 am. Schools and colleges were also closed in Nabarangpur town.

Vehicular movement was also affected as the protestors held picketing and blocked roads at different places by burning tyres. They also blocked NH-26 passing through the district headquarters town.

The protesters claimed that the Nabarangpur Municipality Chairman attended the trophy tour programme of the FIH Hockey World Cup at the RCD ground in the town on Sunday. However, the Project Director of District Rural Development Agency (DRDA) asked him as to why he was present at the venue and told him to leave the place, they alleged.

The rude behaviour of the official towards a people’s representative will not be tolerated, they said, adding that the matter was taken up with the district Collector on Sunday, but no action was taken. BJP will intensify the protest if the official does not tender an apology to the Municipality Chairperson, they added.