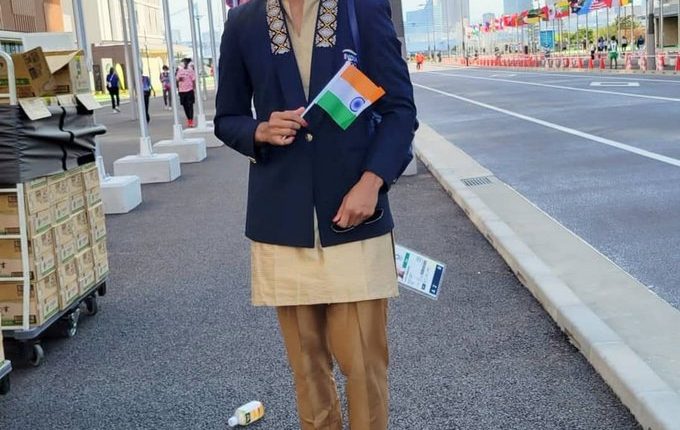 Tokyo: Lovlina Borgohain had to settle for bronze after losing the women’s welterweight (64-69kg) semi-final bout to Turkey’s Busenaz Surmeneli in the Tokyo Olympics on Wednesday.

The 23-year-old lost the first round 0-5 with the judges deciding in favour of the Turkish boxer. Lovlina lost a point from her total points in the second round. In the third and final round, Lovlina was outboxed by the reigning world champion.

With this, the pugilist from Assam failed to script history by becoming the first-ever boxer from the country to enter an Olympic final. However, she is only the third Indian boxer to win a medal at the Olympics. Six-time world champion Mary Kom clinched bronze at the 2012 London Olympics, while Vijender Singh bagged bronze in Beijing in 2008.

Lovlina had earlier won bronze at the 2017 and the 2021 Asian Championships.

Interestingly, she had started her career as a Muay Thai practitioner. A chance meeting with her first coach Padum Boro turned the course of her life.