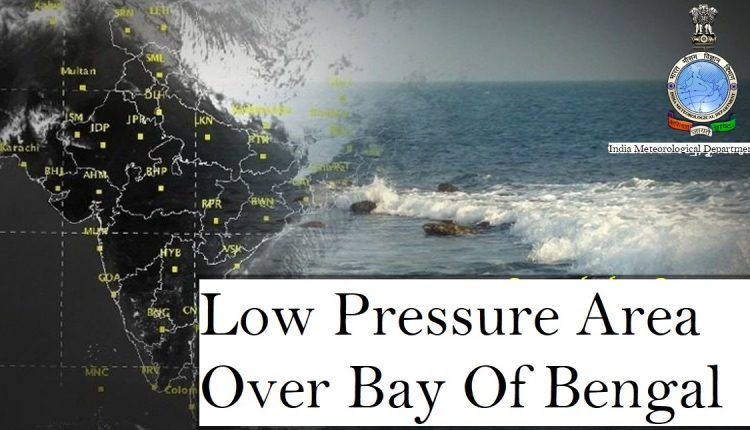 Bhubaneswar: A low pressure, which is likely to form over the west-central Bay of Bengal in the next couple of days, may trigger heavy rain in Odisha on September 8 and 9, the India Meteorological Department (IMD) informed on Tuesday.

While cyclonic circulation is likely to form over the east-central Bay of Bengal around September 7, the system is expected to intensify into a low-pressure area in the subsequent 48 hours.

The MeT office has forecast heavy rainfall at one or two places in Khurda, Puri, Ganjam, Gajapati, Kalahandi, Nabarangpur, Kandhamal, Koraput and Rayagada on September 8.

According to SOA’s Centre for Environment and Climate (CEC) director S C Sahu, low pressure is likely to form along the west-central Bay of South Odisha-North Andhra Pradesh coast on September 9.