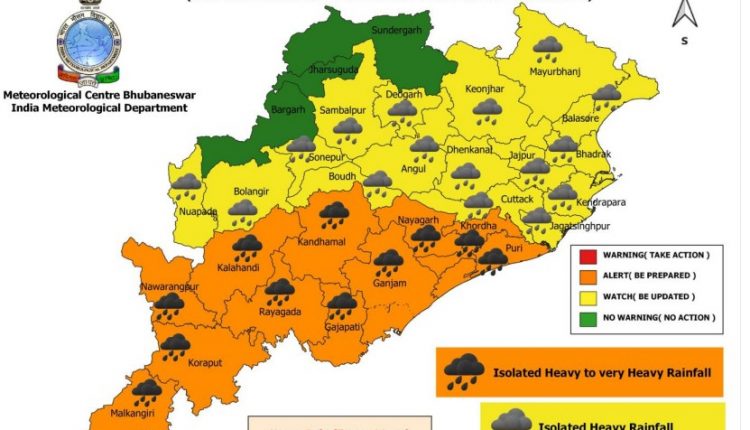 Bhubaneswar: With a low-pressure area forming over westcentral and adjoining eastcentral Bay of Bengal, the India Meteorological Department (IMD) on Thursday issued an orange alert for several districts of Odisha starting September 10.

According to the midday bulletin, the system, which is sixth in this monsoon season, is likely to become more marked over west-central and adjoining northwest Bay of Bengal off north Andhra Pradesh-south Odisha coasts during the next 48 hours, triggering intense spells of rain.

While several districts will experience heavy rain (yellow warning) till September 12, very heavy rainfall (orange warning) is likely at some places on September 10 and 11. 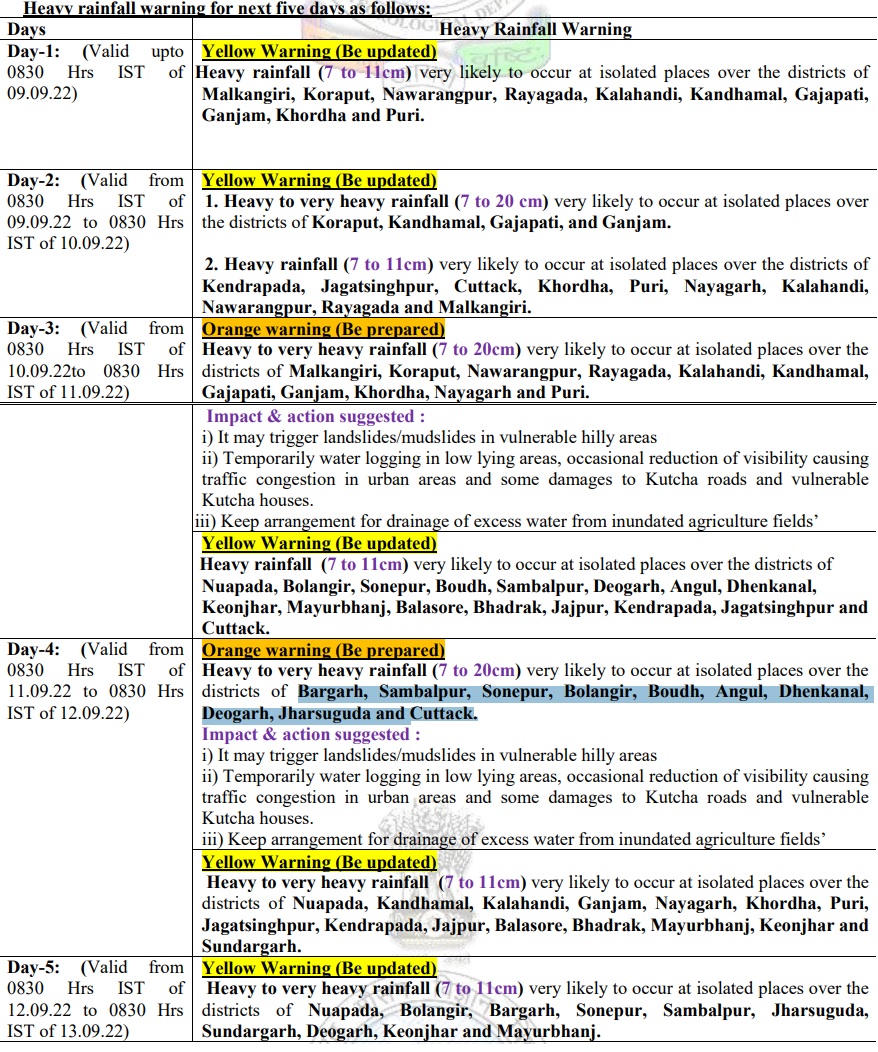