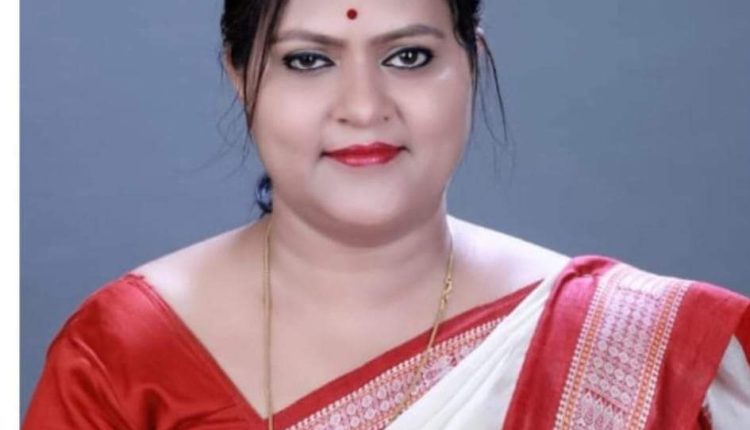 She is the daughter-in-law of former Congress MLA Kangali Charan Panda, who had breathed his last at his residence here last month following a cardiac arrest. A key associate of late Chief Minister Janaki Ballabh Patnaik, Panda was elected to the State Legislative Assembly as an Independent member from Dharmasala Assembly Constituency in Jajpur district in 1980 and retained the seat on Congress ticket in 1985.

The former president of Kamala Nehru College, Madhusmita is an entrepreneur, sportsperson and Odissi dancer.

Rashmi Mohapatra, who unsuccessfully contested the 2019 assembly elections from the Bhubaneswar Ekamra constituency, was also a top contender for the ticket to the post, party sources said, adding that the names of Parbati Biswal, Nalini Senapati and Sabita Patnaik and Pramodini Mishra were also doing the rounds.

The BJD and the BJP are yet to announce their candidates for the post, which is reserved for woman. Bhubaneswar had last seen a woman heading its civic body in 1993 when then Janata Dal’s Kiran Bala Mangaraj was elected as Chairperson. Bhubaneswar’s affairs were looked after by a municipality and not a municipal corporation. Biju Patnaik was then Odisha Chief Minister.

Also Read: Bhubaneswar Mayor Polls: Who Will Be BJD’s Choice?

The filing of nominations for election to the 106 Urban Local Bodies and three municipal corporations began on March 2 and will conclude on March 7. And this time, the voters will directly elect the mayors when polls are held on March 24.

Also Read: Bhubaneswar Mayor Polls: Who Will Be BJD’s Choice?

Falling In Love With ‘Preloved’ Sarees

[Watch] Gharial Which Strayed Into Canal Near Bhubaneswar Rescued