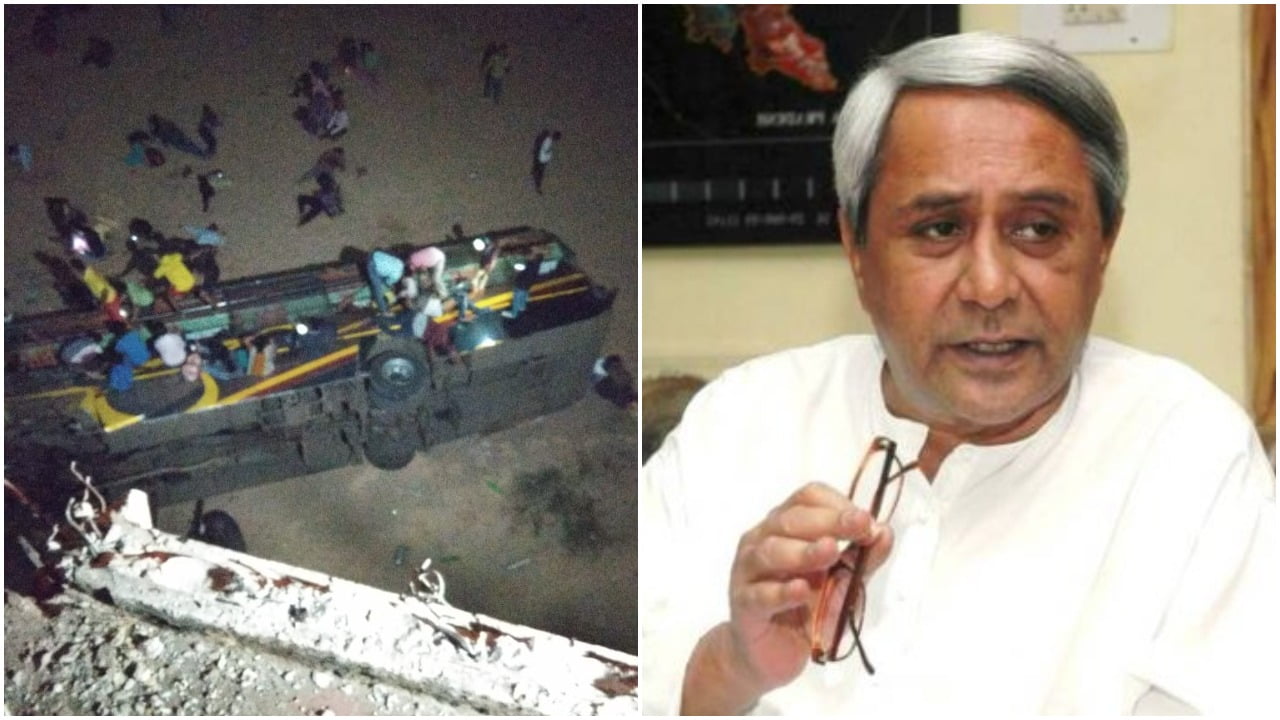 Bhubaneswar/Cuttack: Expressing grief over the Mahanadi Bridge bus tragedy, Chief Minister Naveen Patnaik on Tuesday announces ex-gratia of Rs 2 lakh each to next of the kin of the deceased and free treatment for the injured.

He also conveyed deep sympathy to the bereaved families.

The Chief Minister had initially directed Health Minister Pratap Jena to rush to the spot and take necessary measures for immediate treatment of the injured passengers.

Since the Health Minister was in Delhi, he then directed Sports and Youth Services minister Chandra Sarathi Behera to proceed to the spot and oversee the treatment.

Seven persons were killed and several others seriously injured after a Cuttack-bound private bus fell off the Mahanadi Bridge at Jagatpur, on the outskirts of Cuttack, this evening.

The private bus was on its way from Talcher to Bhubaneswar when the driver lost control over the vehicle. It fell off the bridge after hitting a buffalo.

In Pictures: The Mahanadi Bus Accident

On being informed, Jagatpur police and senior officials of Commissionerate Police, Fire Services personnel and Odisha Disaster Rapid Action Force (ODRAF) rushed to the spot to rescue the injured passengers, who were then rushed to SCB Medical College and Hospital in Cuttack.

Chief Fire Officer Sukanta Sethi said some injured passengers were taken to the highway using the ladder while others were ferried in power boats to the bank of the river from where they were taken to the SCB.

The accident took place between 6.45 pm and 7.15 pm and the rescue operation began within an hour, the sources added.

“Darkness made the job difficult. Four power boats were engaged to shift the injured and dead from the river bed to the highway,” said Police Commissioner Satyajit Mohanty.

Regional Transport Officer (Cuttack) Dipti Ranjan Patra said the rescue operation was hampered since it was an AC bus with closed windows that cannot slide open.

Informing the media, Emergency Officer of the SCB Dr Bhubanananda Maharana said special arrangements have been made for treatment of the injured patients and ICU cabins readied for the seriously injured.