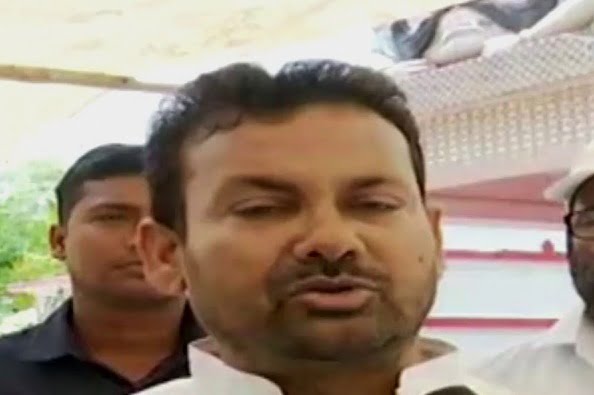 Cuttack: Hours after the death of Prafulla Biswal, the prime accused in the murder of BJP leader and former block chairman Kulamani Baral and associate Dibyasingh Baral, in a road accident, the BJP claimed that it was a pre-planned murder.

Talking to mediapersons, Cuttack district BJP president Prakash Behera said the body of the accused was found in front of a private transport office of Dushasan Jena, father of Mahanga MLA of BJD, near Gobindpur in Tangi area.

“Biswal was crushed in such a manner that no one can recognise him. In fact, he had not absconded after the murder but kept underground by the henchmen of the Mahanga MLA. Apprehending that Biswal might reveal the details of the double murder, he was eliminated,” Behera added.

The Cuttack Rural Police that had arrested eight accused in the double murder case were in the hunt for Biswal. The BJP leader and his associate of Nrutanga village of Mahanga block in Cuttack district were murdered on January 2.

According to sources, police found the presence of Biswal in Tangi area after tracking his mobile phone on Friday. Though the police had conducted raids on several places in Tangi, they could not get clue of his whereabouts.

However, following information on the death of a man in a road accident near Nua Bandala Chhak in Gobindpur area in the late night, police rushed to the spot and found the head of the man completely crushed by a vehicle.

Police later found a bike, a helmet and recognised the body after finding a mobile phone from the pocket of the deceased. After identifying the deceased as Prafulla Biswal, police called his wife over the mobile phone.

The family members later officially confirmed the body of Biswal at the SCB Medical College and Hospital in Cuttack.