Maharashtra Crisis: Who Said What 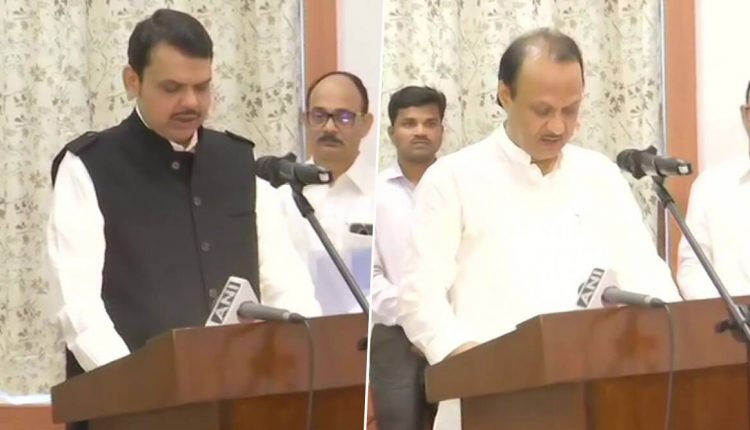 “We don’t have majority after Ajit Pawar’s resignation as Dy CM,” Fadnavis said in a press conference.

The floor test will no longer be necessary.

President’s rule was imposed in Maharashtra on November 12 as no party could form a government. While it appeared that a Shiv Sena-NCP-Congress alliance will take over, the BJP swooped the seat along with NCP to form a government in the wee hours of Saturday.

Amidst the drama, here’s a look at who said what:

The NCP patron who is having a fallout with his nephew Ajit Pawar tweeted appreciating the top court’s order for floor test on Tuesday morning:

I am grateful to Hon’ble SC for upholding democratic values and constitutional principles. It’s heartening that the Maharashtra Verdict came on the #ConstitutionDay, a Tribute to Bharatratna Dr. Babasaheb Ambedkar!

Former Karnataka Chief Minister HD Kumaraswamy took a jibe at Fadnavis and tweeted, “I heard Fadnavis resigned? I was disappointed. If you look at it, his resignation should have made me happy. Because they were the ones who made all the effort to collapse my government. They hosted the rebel MLAs right? Time has answered them, that’s why I’m disappointed.”

Modi-Shah’s vision of a new India- redefining of democracy through the use of money power, threats, intimidation and horse trading have failed.
BJP has to bite the dust in Maharashtra.

West Bengal Chief Minister Mamata Banerjee said: “Today because of the constitution, a government has been forced to resign”. “People matter, not individuals,” she added.

“There are still some people who are not scared, they are willing to go to jail but won’t align with you. We have heard freedom at midnight but have we ever had a government at midnight? There is no use scaring us. It won’t work here in Bengal!” she stated.