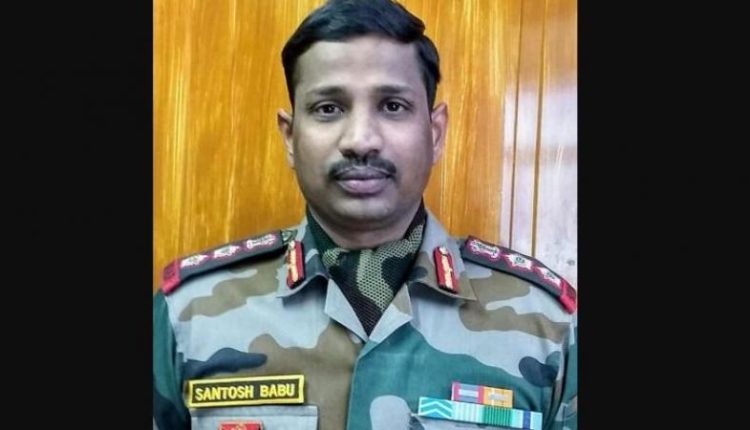 New Delhi: The government is likely to recognise the valour of Col Santosh Babu, who lost his life in a fight with Chinese troops in the Galwan Valley clash, by awarding him posthumously with the second-highest wartime gallantry medal Mahavir Chakra on Republic Day.

“Col Babu is likely to be awarded the Mahavir Chakra posthumously on this Republic Day,” ANI reported government sources as saying.

The Indian Army top brass recommended that soldiers who took on Chinese troops in the Galwan valley clash should be awarded the war-time Chakra series awards on this Republic Day. The long list of personnel recommended for the gallantry awards included the 16 Bihar Commanding Officer Colonel Santosh Babu who lost his life in the clash, the report added.

It took place on June 15,  2020 when Indian troops led by Colonel Babu took on the Chinese troops near the patrolling point 14 area. India lost 20 troops in the fiercest clash between the two sides in a long time while the Chinese also suffered significant casualties. The clash led to the hardening of India’s stand, which has now allowed troops to use weapons during patrolling after the use of unorthodox weapons by Chinese troops.