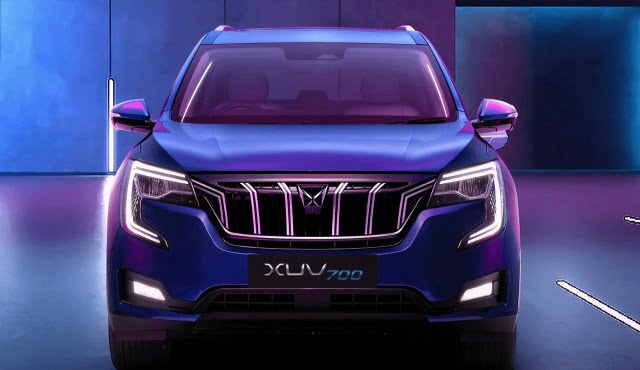 Mumbai: Mahindra on Saturday unveiled the XUV700, clearly its biggest launch of the year. It is the successor to the popular XUV500 and boasts of techy features such as flush-fitting smart door handles to driver drowsiness detection system and the largest panoramic sunroof in the segment.

Mahindra has also introduced a new logo for the brand.

The XUV700 will be offered in both 5-seat and 7-seat versions. For the first time, there is the option of petrol engine as well.

The shape looks like an upgrade of the XUV500 with bold C-shaped LED DRLs on the front.

Engine-wise, there are two options:

Transmission-wise, there’s 6-speed manual and 6-speed automatic transmission for both engines along with three drive modes – Zip, Zap and Zoom.

Mahindra has announced prices of four models of the XUV700. The rest will be revealed in October when the SUV will be formally launched.

The XUV700 will face competition from other SUVs such as Tata Harrier, Safari, MG Hector and more.