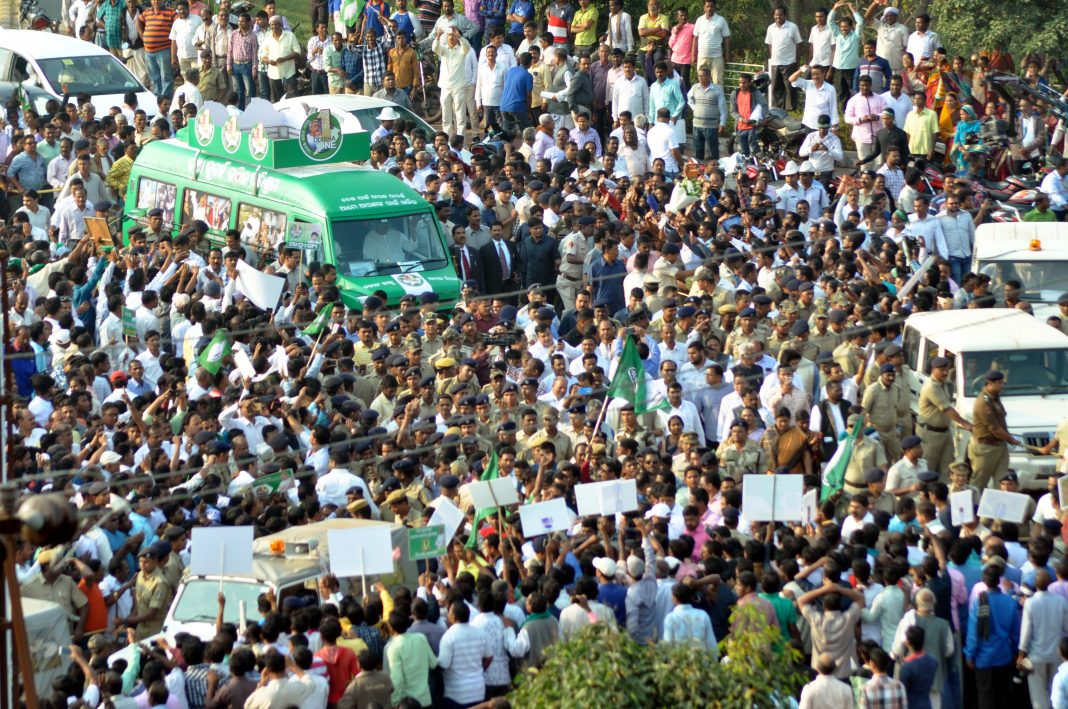 Share
Bhubaneswar: Chief Minister Naveen Patnaik on Monday urged the people of Odisha to work together diligently to make it the number one state in the country.
Naveen, who was given a rousing welcome by the people and the BJD workers at Biju Patnaik International Airport here soon after his return from Pune where he was conferred ‘Adarsh Mukhyamanti (Ideal CM) Samman’ by former President of India Pratibha Devisingh Patil on behalf of the MIT University, thanked the people for showing immense love and affection to him.

“Thank you very much for coming from such long distances and waiting under the sun for me. I am indebted to your immense love and affection for me,” he said while dedicating the Adarsh Mukhyamanti Samman to the people of the state.

The grand reception, seen as a show of strength by the ruling BJD, brought back memories of the welcome Naveen had received on his return from London in the wake of the aborted coup bid by then Rajya Sabha member Pyarimohan Mohapatra on May 29, 2012.

Naveen recently also received the Outlook Speakout Award for the best administrator in New Delhi. Opposition BJP, however, has been critical of the awards and alleged that these are sponsored awards. Veteran BJP leader Murli Manohar Joshi, in turn, lavished praise on Naveen at the Pune event and wished that he serves Odisha for a fifth term as CM.

Naveen Directs Officials To Gear Up For COVID 3rd Wave In…