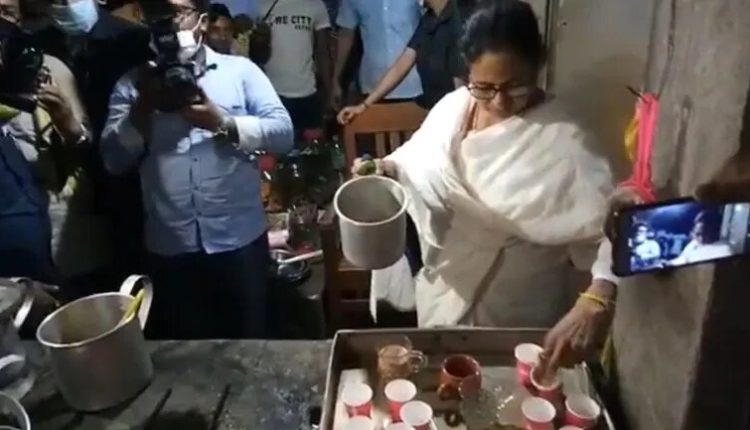 Kolkata: West Bengal Chief Minister Mamata Banerjee turned into a chaiwali a day before filing her nomination papers from the Nandigram Assembly seat.

She visited a tea stall and while interacting with the locals, served tea to the people around and later also had tea there, IndiaToday.in reported.

In a video, Mamata Banerjee can be seen pouring tea into paper cups from a large kettle as people gather around her and record videos of the act.

82 Patients Recover From COVID-19 In 16 Dists Of Odisha