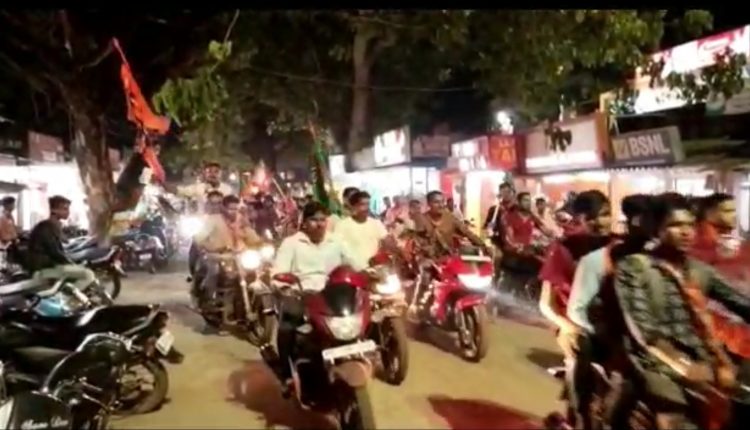 Bhadrak: The Bharatiya Janata Party (BJP) on Saturday observed 6-hour Bhadrak bandh topress its demand for resignation of Minister of State for Home Dibya Shankar Mishra for his alleged involvement in the murder of school teacher Mamita Meher.

The BJP activists took out a bike rally in the town in the morning appealing to the people to support its band call from 6 am to 12 noon.

In response to the bandh call, shops, markets and business establishments, educational institutions remained closed. While there was thin attendance in government offices, vehicles remained off the main roads.

It may be noted that the minister on Friday said that he would not only resign from his post but also retire from public life, if the allegations against him are substantiated with evidence.