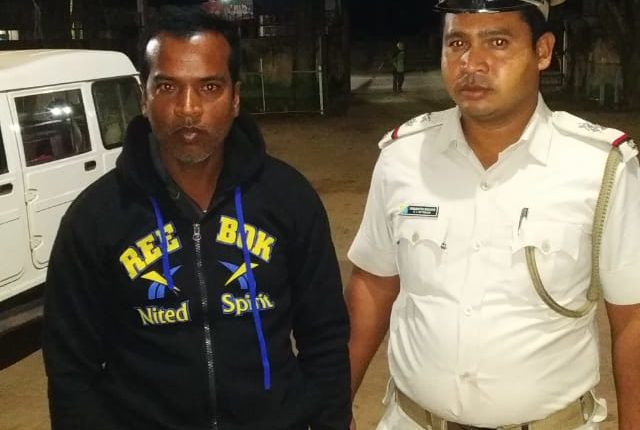 Nabarangpur: Police have arrested a teacher, who had got appointment by producing fake BEd certificate in the district and was absconding since 2020, from Dhamnagar in Bhadrak district.

According to sources, Srikant Dalei of Bansar village under Dhamnagar police station was selected by the Nabarangpur Zilla Parishad and appointed as Siksha Sahayak in Baktiguda primary school under Kosagumuda block of the district in 2013. Srikant had produced his BEd certificate issued from LN Mithila University, Darbhanga in Bihar.

In 2018, on the order of Project Director, OPEPA, the documents of the Siksha Sahayaks were verified by District Project Office, Samagara Siksha, Nabarangpur. The District Education Officer had referred the BEd certificate of Srikant to the Comptroller of Examination, LN Mithila University for verification.

The Mithila University authorities replied in 2020 that the roll number and registration number of Srikant did not match with their records and the certificate was fake and fabricated.

Acting on the response of the university, District Project Office, Samagara Siksha disengaged Srikant from the job and directed the block education officer of Kosagumuda to file a police case. Following this, he was absconding.

Following investigation, Kodinga police of Nabarangpur arrested Srikant and forwarded him to court.