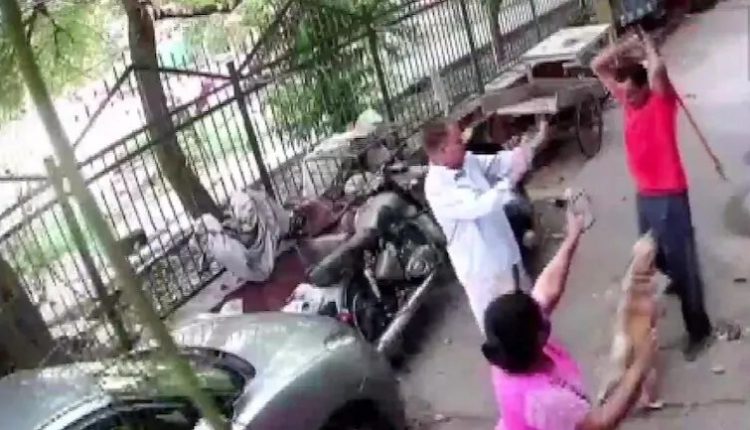 New Delhi: Enraged over a pet dog barking at him, a man injured three members of a family in his neighbourhood with an iron rod. He also allegedly injured the pet. The incident took place in the Paschim Vihar area of Delhi.

In the CCTV footage, the man can be seen hitting the dog with a rod and then he hit the dog’s owner. When another member of the family tried to stop him, the man also hit him on the head.