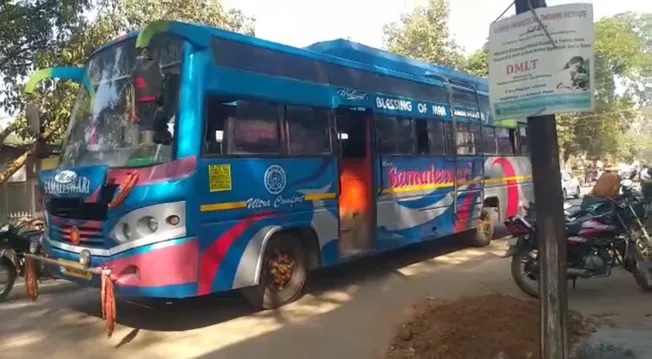 Sambalpur: In a bizarre incident, a man died while travelling in a bus on Odisha’s Jharsuguda-Kuchinda route on Wednesday.

The deceased has been identified as Ignesh Khadia of Gochhara village.

According to sources, Khadia boarded the passenger bus on Wednesday evening and after reaching the final stop at Kuchinda, the bus conductor tried to wake him up but he did not respond.

On being informed, the Kuchinda police arrived at the bus stop and recovered the body.

The cops sent the body for postmortem and initiated a probe to ascertain the exact reason behind his death.