Man Jumps Into Kathjodi River After Tiff With Wife 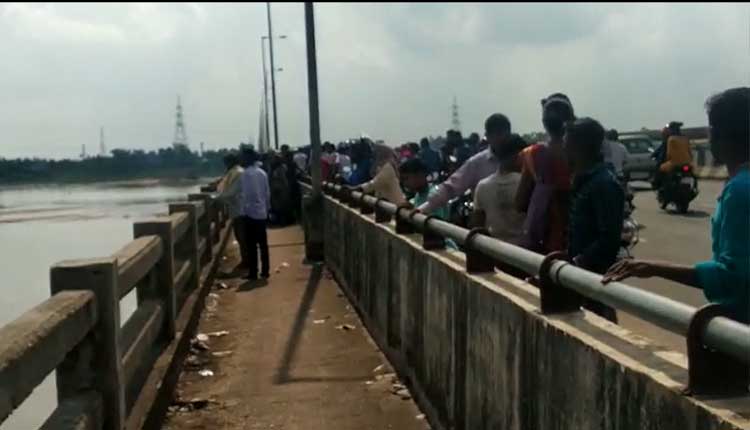 Cuttack: A man jumped into the Kathjodi river after an alleged altercation with his wife on Wednesday.

The incident took place when Debabrata Mahapatra of Karanja village under Niali police limits was on his way to Bhubaneswar on a motorcycle with his wife and child. The couple had a fight over some issue. Suddenly, the man stopped the motorcycle on the bridge and jumped into the river.

On being informed, Sadar Police and a team of ODRAF personnel rushed to the spot and began the search operation.

An eyewitness told the media that the couple had a quarrel following which the man stopped the motorcycle and jumped into the river. “The wife carrying the child also tried to jump into the river, but I ran to her and stopped her from doing so,” she added.

However, locals present on the spot expressed resentment after the motorboat used by the ODRAF team developed technical snag.

“The ODRAF team is carrying out the search operation an hour after the incident. The most unfortunate thing is that the motorboat has developed a technical snag. By the time the rescue operation begins, we all know what would be the fate of the man. Besides, the strong water current of the river must have pushed him several kms away from here. Such is the state of preparedness of the Revenue and Disaster Management department,” said a local.

Imam Castrated, Beaten To Death By Wife; What Was The…