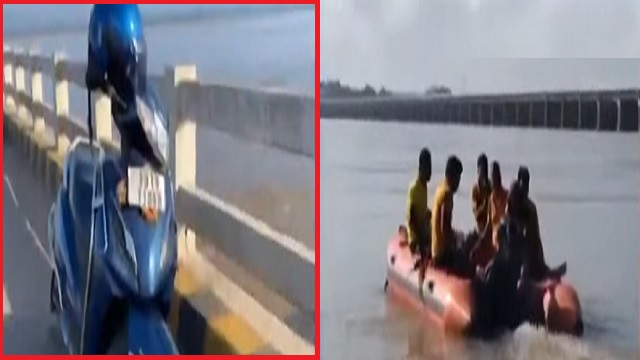 Cuttack: Three days after a Bhubaneswar youth allegedly jumped into the Mahanadi river, a similar incident was reported at Mundali bridge at Athagarh of Odisha’s Cuttack district on Tuesday.

According to sources, the locals spotted a two-wheeler parked on the bridge along with a pair of slippers and informed the local police.

On being informed, a team of Godisahi police outpost as well as the fire service personnel of Baranga arrived at the spot. A search operation has been initiated in the Mahanadi.

Although the person has not been identified yet, the cops suspect that it could be a man from the slippers found near the vehicle. Further investigation into the incident is underway.