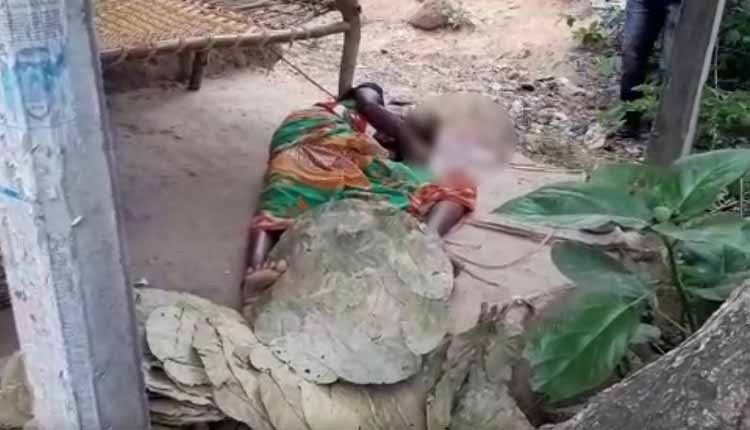 Baripada: Kantapal village in Mayurbhanj district was tense on Monday after residents detained policemen and damaged a PCR van when the force arrived to investigate a murder. Purna Chandra Mahanta of Morada police station area in the district had killed his wife and mother-in-law late on Sunday night.

The residents said Purna used to beat up his wife Sumanti Mahanta every day in an inebriated state. Fed up with this, Sumati and her mother Mamata Mahanta complained to the police. Enraged at this, Purna wielded an axe and killed the two women.

The residents said the women would have survived had the police taken timely action.

Protesting against “gross inaction” by the police, the residents detained Purna after he killed his wife and mother-in-law on Sunday night. On being informed, a team from Morada police went to the village for an on-the-spot investigation. But as soon as the police arrived, angry residents detained the policemen and damaged the PCR van.

Following information, the additional SP of Baripada rushed to the village with additional forces to take stock of the situation.

The Story Behind Lord Jagannath Adorning The ‘Hati Besha’