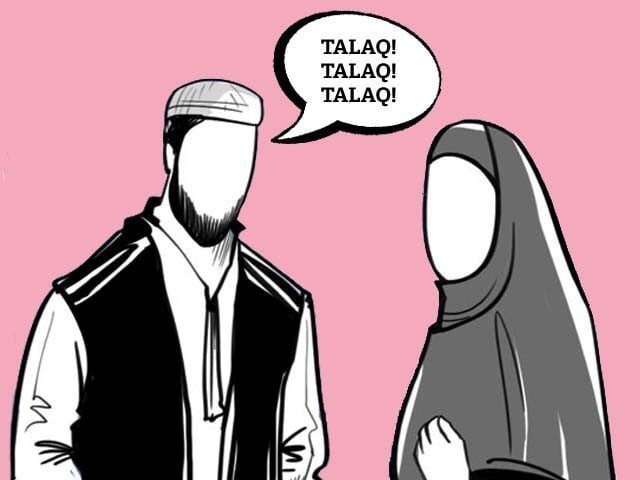 A 32-year-old man allegedly divorced his wife by uttering “Talaq, Talaq, Talaq” at Raoji Market in Noida when she asked for Rs 30 to buy vegetables. He also attacked her with a screwdriver after which she had to be taken to hospital, says a report in The Hush Post.

An FIR has been registered against the husband Sabir, his mother Najjo and his sister Shama under IPC sections 498A (husband or relative of husband subjecting her to cruelty), 504 (intentional insult with intent to provoke breach of the peace) and 506 (criminal intimidation).

The police took Sabir to the magisterial court from where a challan under Section 151 of CrPC was issued before he was released on bail. The remaining two accused are yet to be nabbed. “We will refer the matter to the family court, as there is no official gazette notification on the issue of triple talaq. We are investigating the allegations of triple talaq,” said Dadri SHO Neeraj Malik.

Sabir sells oil containers to mills. He had a very distressing relationship with his wife. The couple have four children.

“Her mother-in-law Najjo had tried to remove her earrings but she had objected to it,” Zainab’s father said. “Soon, her parents-in-law started beating her. Even, Sabir, her husband, had hit Zainab in the head with a stick around two years back.”

Jharsuguda-Bound Flight Returns To Bhubaneswar Due To Bad Weather