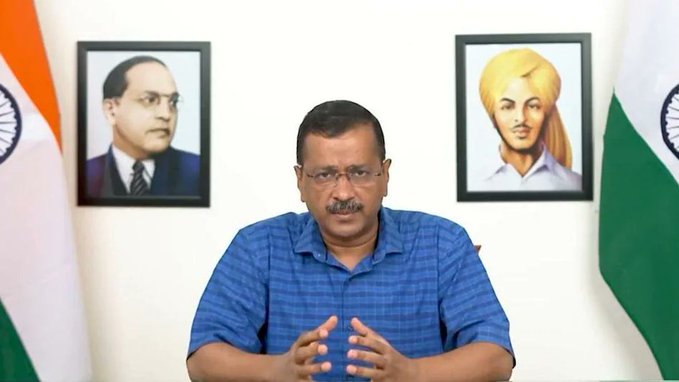 New Delhi: Hours after Lieutenant Governor V K Saxena recommended a CBI probe into Arvind Kejriwal-led government’s new excise policy, the chief minister on Friday claimed his deputy Manish Sisodia will be arrested in a few days after being framed in a “fake case”.

Sisodia heads the Excise department of the Delhi government.

“I came to know that a case has been sent to the CBI against Manish Sisodia and they are going to arrest him in a few days. It is a completely fake case. There is not even an iota of truth in this case,” Kejriwal said during an online press briefing.

Kejriwal also said that he has known Sisodia for 22 years and he is a “hardcore honest” man. “This case will not hold in court and he will walk free,” he said.

The chief minister said Aam Aadmi Party leaders are not afraid of going to jail. “We’re not scared of jails, not scared of the noose. They have made several cases against our people. AAP has been growing since its win in Punjab. They cannot see us rise to a national level thus they are resorting to such measures. But nothing will stop us,” he added.

A media release from Lieutenant Governor’s office alleged several violations of established law “in addition to deliberate and gross procedural lapses to provide post tender undue benefits to liquor licensees”. Naming Sisodia, the report further alleged that the sole aim of implementing the new excise policy was to benefit private liquor barons for financial benefits. “Minister In-charge of the Excise Department, Manish Sisodia took and got executed, major decisions/actions in violation of the statutory provisions and the notified Excise Policy that had huge financial implications,” the statement added.