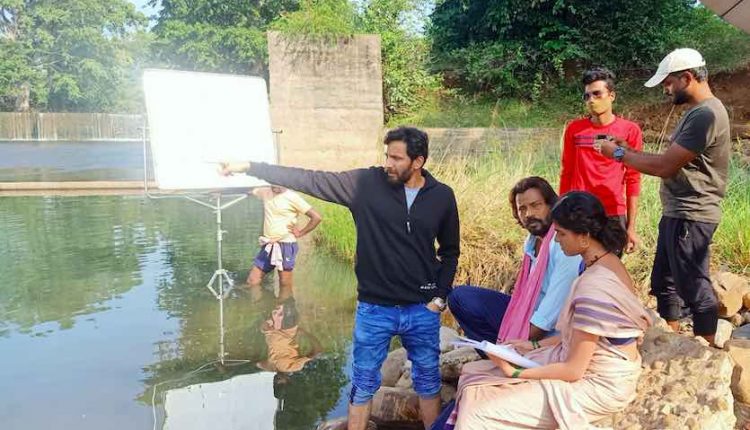 Bhubaneswar: The regular narrative trope in Ollywood films is most often about characters from rural areas arriving in cities. In the process, very little from the hinterlands of Odisha finds a place in the plot and subsequently, its picturisation. But, what looks refreshingly different in a song from Manoj Mishra’s next—‘Samapaju Ra Raghu’—is the unadulterated depiction of rural Odisha.

The song ‘Mu Deha Hele Jibana Tu’ seems to be an attempt at restoring the countryside in its true sense. The idyllic setting of the hamlet—as shown in the film—isn’t a romantic escape for ‘larger-than-life’ characters. Rather, the deglamorized characters—with tanned skin, grey hair and draped in the most ordinary costume—depict both the rustic charm as well as its sufferings.

“I have never been to Switzerland. But, I know how it looks as I have seen it in films. Films have the power to introduce a land’s culture and topography to the uninitiated. In Bollywood films, we very often see scenes from Kashmir or Punjab and we instantly identify them. But, why not the same for Odisha? Why can’t people outside the state recognize Odisha? Because our films have not shown much of Odisha to the audiences. Thus, I wanted to present Odisha as it is. I believe films should mirror reality,” says Manoj, who not just plays the protagonist but is also the film’s producer.

The film, which is slated for release soon, revolves around the character of Raghu. A poverty-stricken man from Samapaju—a hilly village in Boudh district—Raghu is caught in his own struggles as he tries to take care of his ailing sister. “The film is about the division between the rich and the poor. There’s also a parallel story of another couple from the city, who are financially privileged. The film depicts how these characters cross paths,” said Chinmaya Mishra, the film’s director.

After the success of his maiden directorial venture ‘Pihu’, Chinmaya is yet again donning the director’s hat with an aim to offer ‘original content’ to the audience.

Interestingly, the actor-turned-director Chinmaya has also choreographed some songs in the film. “Soon, we will release the second song from the film, which is a Sambalpuri folk song. It has been sung by a famed folk artiste from the region,” added. Chinmaya, who has penned the film’s story along with Manoj.